Why is it that our brains and our bodies are normally so much more complex and ordered than our behavior?

The nucleus of each cell in our bodies contains approximately 1.8 metres (European spelling) of DNA in total, although each strand is less than one millionth of a centimetre thick. (2).

The average human brain has about 100 billion neurons (nerve cells) and many more neuroglia (or glial cells) which serve to support and protect the neurons. Each neuron may be connected to up to 10,000 other neurons, passing signals to each other via as many as 1,000 trillion synaptic connections, equivalent by some estimates to a computer with a 1 trillion bit per second processor. Estimates of the human brain’s memory capacity vary wildly from 1 to 1,000 terabytes (for comparison, the 19 million volumes in the US Library of Congress represents about 10 terabytes of data…3).

Considering  such facts, I have to ask myself why there are people cutting heads off of other people, extorting huge sums of money from those who are already poor, vandalizing and stealing property which their neighbors worked hard for, walking away from their own children, and acting out a whole host of other ills which plague human existence.

Yes, some people manage to complement their physical complexity, by helping those in need without seeking enrichment, by developing incredible talents, or by helping to heal and to create. But as a whole, the human character has a sorry history.  Why, if we evolved, do our bodies vastly out-perform our minds, our souls, our intellect, so that for example, while those trillions of synaptic connections were doing their job three thousand years ago, their owners were belching, scratching their behinds, yelling obscenities, and slicing at each other with swords and clubs? And things really haven’t changed much have they?

Solomon in his wisdom gave far better examples to demonstrate what I’m trying to say:

“Like a gold ring in a pig’s snout is a beautiful woman who shows no discretion” (Proverbs 11:22).

(And yes, the same goes for the “cute” guy with no heart, right girls?) 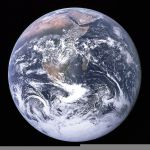 WHY ARE WE HERE?

There are four considered answers to this question:

2: After an expansion of nothing or almost nothing, we evolved on a large piece of rock, and started bashing the daylights out of each other;

4: We were created by an infinite, eternal being which we call God.

In answer to the first possibility, how can non-existent creatures have ideas and then examine them? I would say that if I “think”, I must really be here to think, and if I am only thinking that I’m here but I’m not, why do I think myself going to work every day to pay the bills? Can’t I think of a more enjoyable, easier existence?

Secondly, while this is not a post designed primarily to cast doubt on the theory of evolution, I have to say the idea of billions of synapses “evolving” from a puddle somewhere to create Moonlight Sonata, trips to the moon and Shakespeare’s “Hamlet” is more ridiculous to me than the idea that we aren’t here at all.

The belief that we and all living organisms were seeded on this planet by an alien race does nothing to solve the problem of point 2. Since, according to evolution, the universe is finite, the question of how such incredible, conscious complexity arose from nothing or virtually nothing doesn’t go away. Not only so, but it seems to me that if we were “seeded” the aliens brought a bad batch to this planet. We can genetically modify a tomato seed: why didn’t they genetically modify our seeds before coming here? Were they in too much hurry, or, having invented and developed the technology to cross billions of light years of space, why couldn’t they think up a better design, one which wouldn’t turn violently on itself, or die of cancer, heart disease etcetera?

In the movie “Expelled” Richard Dawkins, having adamantly declared that the idea of the Biblical God is an abomination to him, and that no such God could have designed what we see all around us, goes on to admit that he considers alien seeding on the earth as a possibility for the origin of life here. Having rejected design, he accepts the possibility of design…so long as it wasn’t the Biblical God that did it.

As you may have guessed, I favor the fourth alternative, that a supernatural, infinite and eternal being created all that we see. God is spirit, says the Bible (John 4:24), and he exists before, after, and independently of our time, space and matter universe.

So did God make a bad batch? Did he create evil? I believe the Bible admirably answers these questions: God created a creature capable of choosing to worship and love Him, for which the ability to choose right or wrong, and the potential to actuate wrong-doing was necessary. This is a heavy, meaty concept. I intend to elaborate on it in subsequent posts.

For now, I want to say that God created humankind with great potential, but by turning our backs on Him we have forfeited and thrown away that potential. It’s not lost forever, though, because when he said “whoever believes in me has eternal life”, he didn’t have in mind a perpetual retirement plan: He had in mind the development and fulfillment of our potential as a never-ending way of life for those who have chosen to love Him.

We were created to worship God: that’s why we’re here. And somehow, when we worship “in spirit and in truth” (John 4) we are willingly engaging all the complexity of our bodies and brains with our spiritual nature in one incredible union with the holy and almighty being who created us in the first place, and who loves us eternally.

*  This is another tune I wrote and recorded about twelve years ago, on an album called “Talking Universe” © Nick Fisher