APOLOGIA PRE-POSTIA…
Some of this post leans heavily on the negative side: I’m sorry, I just have a few things to get off my chest… 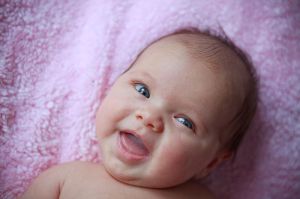 HOW TO SHOOT YOUR KIDS
“Like arrows in the hand of a warrior are sons born in one’s youth. Blessed is the man whose quiver is full of them” (Psalm 127:4-5 NIV).
Your kids are like arrows in your hand: shoot them straight. From the beginning tell them that there are such things as truth and hope. Show them by your life what and Who Truth is. Demonstrate unconditional love, patience, kindness, gentleness and forgiveness by your own life and godliness. Guide, help and model-don’t nag.

JOINING THE BLAME GAME
A few politicians are blaming such things as terrorism on climate change. So I decided that this year I wouldn’t fill out my tax return: I’ve just been feeling too hot and bothered. I’m sure the IRS will understand.
I’ve also decided to take several weeks off work because this changing weather is just sucking the life out of me: I’m sure my boss will understand. And I’ve decided not to pay for everything I acquire from the store: absence from work has lowered my income. I’m sure the manager and the police will understand. It’s all the fault of people like YOU, driving your evil fossil-fueled vehicles to work so you can pay for your computers and devices powered with EVIL ENERGY!!!

SILENT MULTITUDES
I was thinking about some of the old hymns I’ve known and loved all my life, which led me to consider all the countless people who’ve sung them over the last two hundred years or more- multitudes of people. Many of them sang passionately, joyfully, tearfully. We can’t hear them now-their voices are silent.
And many millions before them who for centuries existed, lived and loved in our world, sang praises from their hearts, raising the roof with their voices and sharing their faith at the risk of losing their lives. All of them are gone.
In our own time people who once sang and praised their creator pass daily into eternity, and many thousands in countries such as Syria, Iraq and Nigeria have had their lives snuffed out simply for professing their faith, and for refusing to convert to what they couldn’t give themselves to.
Silent they are to our ears…but they aren’t lost. Their lives are hidden with Christ in God, and when Christ, who is their life, appears, they also will appear with him in glory (Colossians 3:3-4).
“After this I looked and there before me was a great multitude that no one could count, from every nation, tribe, people and language, standing before the throne and in front of the Lamb” (Revelation 7:9-10).

MISSING GOD
Perhaps when God seems to be absent it’s because he can’t bear to see all that goes on in the world he created. How could he possibly listen to all that unspeakably ugly music, the inane empty godless chatter, the lies and slander, the blasphemy, the hateful words? And how could he possibly watch all the violence, the abortions, the immorality and the idolatry?

JUDGE-MENTAL
It’s amazing to me just how many people who are quick to rail upon the Christian faith for being “judgmental”, don’t think twice about trashing and insulting anyone who may be expressing an opinion contrary to theirs. It’s alright in their eyes to “be anything you want to be”, and to “believe anything you want to believe” unless, that is, you just happen to “be” or “believe” something they don’t like. And they call Christians hypocrites…

THE TYRANNY OF POLITICAL CORRECTNESS
PC attempts to force everyone to believe that we are animals, with no more value than slugs or pigs.
PC insists that love and sex are synonyms.
PC declares that thousands of years of moral standards have been wrong, that wrong is right and right is wrong. I’m expected to deny my beliefs and those of generations of my ancestors, along with my standards, my convictions and my heritage.
PC says that our enemies have every right to attack us because whatever is upsetting them must be our fault. In this inverted logic even considering self-defense is being “hateful”.
PC says I have to denounce certain facts of history or to revise them, otherwise I’m a bigot, a plunderer, a racist. PC says I’m guilty of what my ancestors are accused of, and they have no opportunity to defend themselves.
PC says I’m guilty because I’m white and because I’m a man.
PC insists that its own view of politics is the “middle, moderate ground”, and that any other opinion is intolerant extremism.