Alright, I admit, nobody wants to hear about discipline, or about suffering! I know I don’t. In this age of me-ism we all want to be positive and forget our problems and weaknesses, and our tendency to displease God. However, for the few “realists” out there, here’s part 5…

It’s very human to think that God smiles and winks at everything we do, except perhaps certain types of murder and the things those awful people next door get up to. But like it or not, the God of the Bible punishes and disciplines even his own people. This explains a lot of what we go through in life. It’s not as though we haven’t been warned: there’s abundant warning in the Bible of not only the consequences of our actions, but punishment for them. We may not even have done anything very wrong: God uses discipline to shape us and make us grow.

We don’t necessarily get ‘zapped’ the moment we do something wrong. God is patient and wants us to come to the point where we change our ways. But he doesn’t give us limitless license to trash or ignore his standards, especially if we know better. We try to blame someone else or bad luck when things go wrong for us, but the source of trouble may be God himself. The apostle Paul said, “Do not be deceived: God cannot be mocked. A man reaps what he sows…” (Galatians 6:7). 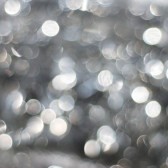 DISCIPLINE OF THE BELIEVER

Jesus made it clear that he isn’t always “soft” on the believer. He said, “Those whom I love I rebuke and discipline” (Revelation3: 19). The writer of Hebrews, quoting from a Proverb which states that the Lord disciplines those he loves, wrote, “…and he punishes everyone he accepts as a son” (Hebrews 12: 5,6). The Greek verb translated “punishes” here means “to whip”. This is not speaking of a little word in the ear or a knowing wink, but something much stronger which will or should gain our attention and bring us to repentance, if we’re wise enough to avoid more trouble.

The author of Hebrews goes on to explain that “God disciplines us for our good, that we may share in his holiness” (verse 10). He says “No discipline seems pleasant at the time, but painful” (verse 11). He also encourages us to “Endure hardship as discipline” (verse 7). So we can safely say that according to Scripture, God not only allows hardship into our lives, but sometimes introduces it.

What might be the nature of that hardship? Perhaps you can fill in your own blanks, but be careful not to ascribe all suffering to God’s discipline: don’t forget the other causes of suffering which this series is all about. Remember that God loves you – he isn’t cruel or uncaring. A repentant spirit is far more valuable than a comfortable trouble-free life without depth of character or control, though it doesn’t seem that way to us.

DOES GOD PUNISH US PHYSICALLY?

If it’s hard for you to accept that a loving God would allow or cause suffering in our lives, look at another example from the Bible. Paul confronted the Corinthians on several issues which were giving the church in Corinth a bad name (1 Corinthians chapter 11). Because of their abuse of the Lord’s supper, Paul said, “…many among you are weak and sick, and a number of you have fallen asleep” (died) verse 30. He went on to clarify this kind of discipline:

“When we are judged by the Lord, we are being disciplined, so that we will not be condemned with the world” (verse 32).

There’s another rather extreme example of discipline in the book of Acts, in which a couple associated with the church – professing Christians – lie about their giving. When confronted by the apostles, who accuse them of lying to the Holy Spirit, both drop dead on the spot (Acts 5:1-11).

Sometimes only suffering or trouble break our pride or guard against it. Paul was given a “thorn in the flesh”-some kind of physical ailment or condition, in order to ensure his humility. He prayed three times for it to be removed, but God essentially said “no”. It would be unwise of us to think that God doesn’t occasionally treat us in a similar way, for his own reasons.

It’s important for us to examine our own reactions to God’s discipline. If we harden ourselves to God’s discipline we’re heading in completely the wrong direction and we’re not helping ourselves at all. It’s time instead to humble ourselves while we still can, and to allow our God to change us for the better.