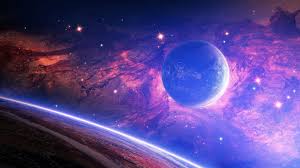 When I fail my God, and when I ignore Him, and when I let Him down, He doesn’t act like a petulant jilted lover. To put it another way, He doesn’t act like we do. God is merciful and loving and patient. And herein are the riches of freedom in Christ. I’m not talking about a license to sin, or about being consistently luke-warm and uncommitted. I’m saying that God is far more patient and forgiving than we are.

It’s human nature, not divine nature, to want to impose ideas and philosophies upon others. Even in our supposed Western “civilization”. The philosophy of evolution is forced upon us from the earliest age, without a hint of evidence to back it up (have you seen any?). Try gaining a degree these days while opposing the theory and you’ll have problems.

In our “democracy” we’re all assaulted with political and social ideology, pushed onto us  without any real love for truth or for what’s genuinely best for everyone or for society. In the world of religion, and even under the umbrella of Christianity, there are plenty attempting to foist their own ideas and goals upon us. They work to take away the freedom we all have to choose Christ.

In this vein is the entire misinterpretation of predestination, in which certain Christians have been and still are proponents of a false freedom: a freedom in which you are not really free- you only think you are. According to this view you do not choose to follow Jesus Christ-he chooses you. I agree that we cannot save ourselves and that we need His Spirit to draw us and to lead us. But this philosophy leads to the inescapable conclusion that God allows literally billions of people to come into existence only to be sent to hell for all eternity, because Christ has not chosen them. To my mind, this is itself a hellish doctrine, denying the work of Christ, the words of Christ, and the will of Christ, who himself said:

Little words are as important to our God as the big ones, and that little word, “all” is, in this subject, paradoxically one of the biggest words there could be in our language. He did not say “some”. He did not say “I will draw some men to myself”. Christ died for the sins of the whole world, says our Scripture, and as the deniers of freedom attempt to explain away such passages as meaning something they were never intended to mean, they risk adding to and subtracting from Scripture the deepest truths that are known to man. Christ died for the whole world-not just for some.

There is, however, as is also attested to in Scripture, a condition to our being accepted by the Father of the Son. That is, that we accept His Son, the will of the Son…that we become like Him… and the work that His Son accomplished on the cross. The creator of the universe holds out a loving hand of acceptance, but with that love comes the option for us to reject Him, as terrible a choice as that is, with all its immediate and long-term consequences.

Yes, some people have never heard about Jesus: I’ve written about that: please see my previous post if you’re interested in the subject.

But you have heard about Jesus. You have been blessed with the good news that there is a loving God who has done everything necessary for you to be accepted into an eternal kingdom of light and love. To you is given the incredible gift of a clear choice. Will you seek your Creator, and His Son, or will you reject Him? The best kind of freedom-ultimate freedom-comes from our submission to the One who made us, sustains us, and loves us.

One thought on “ULTIMATE FREEDOM-IF YOU WANT IT”