You stub your toe on a table leg. You passionately address the table, and perhaps even the gods who you may not believe in, with certain derogatory words and accusations which your mother would never have approved of…

You wonder why the gods allowed your throbbing toe to make contact with such a solid object at all. Couldn’t they have moved the table aside one second before contact?

Why does the Biblical God allow us to suffer? Isn’t he a God of love? Why, if He’s omnipresent and omnipotent, isn’t he one step ahead of us, preventing all the terrible things which happen in our world every day? There are a number of answers to this, which none of us like. We can’t know them all, but we can know some of them…

“For in the day that you eat thereof, you shall surely die.” 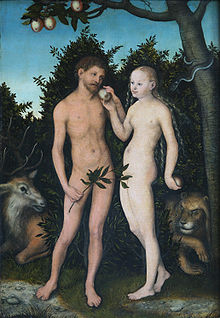 Something happened when Adam disobeyed God, and he began to die, just as God had warned him he would. It took him a long time to die, but die he did, as a direct consequence of his disobedience. His disobedience, and later our own, led to our downfall also. It doesn’t take us so long to die as it took him, because he was still a fresh and extremely healthy creation. We Christians-those of us who believe the Bible-talk about the Fall of man and of nature, at which time humans and all of creation became subject to adverse events and circumstances. When Cain struck down Abel, God didn’t stop him…God let Cain do it. Why did he? Why didn’t God say, “Hey Abel! Look out-your brother has a knife!” Why didn’t he make whatever weapon Cain used turn to dust before it could do the dirty deed?

Since the Fall God has intentionally allowed us to face consequences: consequences of our own actions and of others’ actions; consequences of natural laws such as gravity, and consequences of the fall of nature, so that our bodies degrade and become ill. There can only be one alternative to perfect health forever, and that’s illness, decline and death. God refuses to allow fallen man-in rebellion and disobedience-to live forever, or to live without natural consequences. 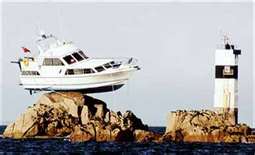 Free will is an amazing gift to us from God, as a vital part of His creation. God wants man to have his own mind and spirit, and to choose to love Him and each other, rather than creating him with robotic compliance. However, free will comes at a price. It’s the driving force behind all the hatred, unrest, unhappiness and evil we see playing out in our world. If God had turned Cain’s weapon to dust before it killed Abel, Cain would no longer have free will. If God froze our tongue moments before we made our feelings clear to someone, in the process hurting them, we would no longer have free will.

In suffering we learn and grow. If there were no consequences to our actions and our words, we would not learn to control them. We would not mature. We would remain like children in our character.

Perhaps the hardest lesson for us all to learn is that it’s God’s will that we suffer, in this world. He-not the devil- instituted the Curse. The Curse is one of those natural laws that God created. It affects all of creation. He’s able to negate those laws when he sees fit (in what we call a “miracle”) but for the most part, it’s His will that we endure suffering. How we respond to that suffering and those challenges is of great interest to God. It’s how God, and everyone else, finds out what we’re really made of. Even Jesus Christ was sent into the wilderness, by the Holy Spirit of God, to be tempted. In the Bible the words “tempt” and “test” are interchangeable. 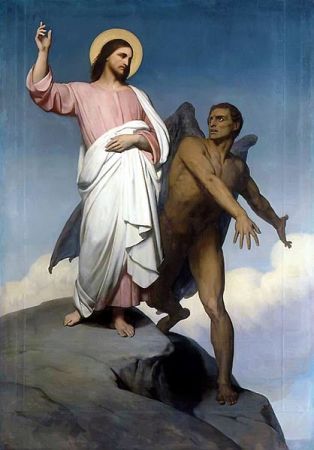 To that end, God even allows that rebellious spirit-Satan-to test us. You only need to read the story of Job to see that. Satan is able to afflict us physically and to sorely test us mentally and spiritually-if he receives permission from God to do so. While Satan probably doesn’t afflict all of us directly (he has his own minions) his hateful exploits have devastating affects on our world. But the most important message of Job’s story is that God-and Satan-were vitally interested in how Job would react to his suffering. What was he really like inside? What were his real motives for acting as he did, and for claiming to care about his creator? Did he really love God? Would he maintain his humility before God? Had he really only been following the Lord because life had been rich and trouble-free, or was it because he saw the Lord as his Master, for better or for worse? In marriage our love for our spouse is put to the test and seen for what it really is when we have problems and disagreements, not when all is going well.

God knows that human nature is contrary to His, and that even if He made sure that everything went smoothly for us, we would not feel the need to seek Him. In fact, in many or most cases we humans will only seek God, and humble ourselves to him, when we are suffering or struggling in some way. Somehow, God knows that we grow spiritually under adverse conditions.

Our universe is temporary, and this physical, limited world we live in is a proving ground for all of us. In time, we will be judged for our responses and actions. The most relevant fact that we need to respond positively to is that God has provided his own Son as a sacrifice, so that we can know Him. If we accept God’s gift of his Son, we can escape the limitations of our mortal, temporary bodies in the future, when he will restore all of nature to a state of perfection.

4 thoughts on “WHY DOESN’T GOD STOP BAD THINGS FROM HAPPENING?”