Unnoticed by most people, the world may have just taken one more step towards the conflagration to end all conflagrations, spoken of in the book of Revelation and other Bible books… 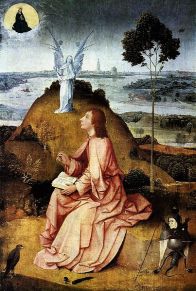 Rejecting a decades-old US tradition of defending Israel at the UN, the Obama administration refused to veto United Nations Security Council Resolution 2334, which insists that Jewish settlements, including those in “East” Jerusalem, are occupied territories. It includes in its “occupied” status the Jewish holy place known as the “Western Wall”, or “Wailing Wall”- part of the retaining wall of the second Jewish temple mount destroyed by Roman armies in the first century. I’ll discuss the prophetic significance of this in a minute.

This resolution increases the perpetual threat to the existence of Israel and to seven million people living in the land, and to any hope of peace in the middle east. It takes away from Israel the bargaining power it had for a genuine agreement. In this resolution the Palestinians have made huge gains in principle without offering anything in return-such as peace. Why would you make peace if you can get your own way through forced political arrangements?

My wife and I spent six months in Israel. When one day we walked from where we were staying to the coast, we were told that we had just walked what was the width of Israel before the six-day war. How do you defend a nation nine miles wide at its narrowest point and seventy at its widest-particularly in modern warfare-against numerous enemies, the leader of which may soon be a nuclear powered Iran?

The intention, on the face of all such resolutions and campaigning, is to give the Palestinians a state. The UN can’t give the state back to Palestinians, because there never has been one. The concept of a Palestinian state has been accepted by Israelis, but they require reciprocal sacrifices and assurances of safety-things which can only be arranged by negotiation and not by one-sided international resolutions. This intended state includes the eastern half of Jerusalem and what the Bible calls Judea and Samaria, or what is today called the West Bank. How often has the UN insisted upon dividing a city? 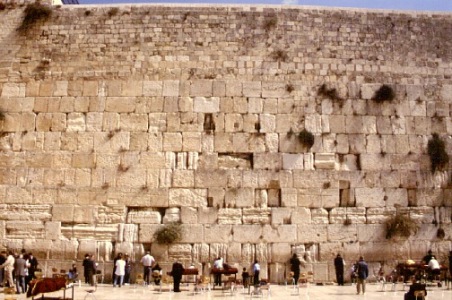 Israel existed in what is now called “Palestine” for thousands of years before Islam came along. I’ve discussed the true and provable history of Jerusalem and Israel in previous posts*. The Romans removed Jews from their land, demolishing Jerusalem in 70AD, and re-naming the land “Palestine” after Israel’s long-term enemies the Philistines. Titus’ arch, still in Rome today, commemorates the Roman massacre, clearly demonstrating Jewish artifacts from the temple mount being carted off as booty.

So how does this resolution bring Revelation closer into view?

One of the most significant Bible prophesies not yet fulfilled concerns an international attack on Jerusalem leading to a forceful (but ultimately unsuccessful) division of Jerusalem! The invasion forces will meet a sorry end:

“I will gather all nations to Jerusalem to fight against it…Half of the city will go into exile, but the rest of the people will not be taken from the city. Then the Lord will go out and fight against those nations, as he fights in the day of battle. On that day his feet will stand on the Mount of Olives…” (Zechariah 14: 2-4).

Israel became a nation once more-via the United Nations-after almost nineteen hundred years in 1948, and after Hitler had attempted to wipe out all Jews on earth. Note the reference to “all nations” again:

“In those days and at that time, when I restore the fortunes of Judah and Jerusalem, I will gather all nations and bring them down to the valley of Jehoshaphat. There I will enter into judgment against them concerning my inheritance, my people Israel, for they scattered my people among the nations and divided up my land” (Joel 3:1-2).

Notice the words “my land” in that last verse. The land of “Palestine” belongs to God, and he can lease it out to whoever He wants…without any reference to the United Nations.