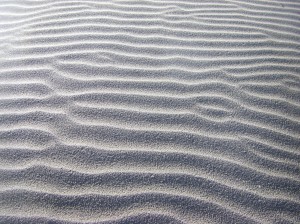 A young woman pointed her finger into my face and yelled at the top of her voice, “I don’t believe in God…I believe in the devil!”

Her statement may be illogical, since if there is a devil in any Biblical sense there is also a God, but I think she was being more honest than many other people are.

I came to the conclusion long ago that people arrive at what they believe in terms of faith and origins not on evidence but on preference. It may be that many honest people have not yet been given enough information to make their decision, and some do change their minds. That’s where preaching and witnessing comes in. It’s also why secularists and atheists want to shut Christians up: they’re hoping to rid the world of the “narrow” Christian God by starving the populace of the knowledge of Him and His ways in the first place. Biblical references to unbelievers “shutting their ears” and making a desperate attempt to silence believers are amazingly similar to the reactions of many in the present. Oh, we can be as “inclusive” and as “tolerant” as we like: we can talk about Buddhism, extraterrestrials, Islam, Mother Earth and a whole host of religions and philosophies, but when it comes to the Christian gospel, that’s being “hateful”.

I once conversed with an English woman who was a Geology teacher. She was also a church-goer, but I quickly discovered that she had no faith whatsoever, except in Darwinism. She attended church because it made her feel like a “good person”. Quite how intentional hypocrisy can make someone feel “good” I’m not sure. Both Darwin and Charles Lyell were buried in the nave of Westminster Abbey, not far from creationist Sir Isaac Newton.

In the course of our discussion we arrived at the subject of origins, and when I asked her what evidence she had personally seen for evolution, her response was that “all scientists know it’s true”. I disagreed with her, saying that there are some who believe in creation as described in the Bible, and that they have degrees and experience in science. “Yes” she condescended, “…but only Americans believe in all that, and their degrees are not from good universities”.

Determined to challenge her assumptions, I told her that among my creationist literature I had a book (now a few decades old) by a British creationist who earned three doctorates (1), and I asked her if she would like to borrow it.

“No”, the lady replied promptly, and finally speaking her heart in order to stop my advance, “I don’t want to have my world changed: I like my life just as it is”.

She had chosen to think not only that there is no God, but that Christians, including those with PhDs, are ignorant and not worth listening to. Also, she had decided that coming to faith or at least considering the possibility that there’s a God, would have a detrimental effect on her life. She was wrong.

Ignorance is not confined to those with faith in God but marks many unbelievers too: you can find plenty of uneducated people on the street vandalizing and stealing cars who are convinced of atheism and evolution from nothing but who could not defend their position. They have “chosen” their faith just as surely as any “ignorant” Christian has.

I knew an English tutor at a local college who by all accounts spent a large part of his teaching time discussing evolution and hypocrisy in the Church. I asked him one day what evidence he had personally seen for evolution. After much thought, the only “evidence” he could offer me was that he had some ancient elk teeth with no ivory on them. I told him that if he could take me to a museum anywhere in the world-at my expense-and show me a series of fossils or bones demonstrating one creature gradually changing into another, I would give him five thousand dollars.  To this day, twelve years later, he has not taken up my challenge. He had chosen his faith, just as surely as I have chosen mine, and he wanted to influence others in their choice.

Of course, some do offer more in the way of “evidence”, but who is honest and sincere enough to seek the answer to that evidence? I’ve been taught both sides of the story, and I’ve made my decision.

I’ve found very few people in my time who take the trouble to investigate the claims of the Christian gospel apart from listening to those who are outspoken avowed enemies of it. As I’ve said before, you may as well ask Margaret Thatcher (if she were still alive) to expound on the merits of socialism, or ask President Obama to discuss the greatness of the Republican Party. Others simply don’t want to think about life, the universe and everything in any depth: they don’t want to be “serious”. Either way, minds are made up before any evidence or argument is considered.

Faith, by definition, is something we have perhaps before any evidence is considered. We choose our faith based, not always on evidence, but on what we love, what we like, and what we want. The woman who believed in the devil and not in God was really expressing her belief that the devil is worth knowing and God isn’t. For her own reasons, whatever they were, she preferred what she believed the devil offers over what she believed God offers.

The Bible comments on this very problem very clearly. The issues of God, faith and eternity are unavoidable in our lives for three reasons. First, God has made his presence and his power plain by his creation which is all around us (Romans 1:20). Secondly, the Spirit of God draws all people to himself and some choose to ignore that call (John 12:32). Third, God has placed, as Pascal put it, a “God-shaped vacuum” inside us, and we can only be satisfied when that space is filled:

The disciples of Jesus’ earthly ministry followed him not out of fear or guilt or obligation, but because they loved him and what he said and did, just as real believers of today do. God’s heaven will be filled, not with people who have been coerced into entering, but with people who love Him and His ways.  The Judgment-the coming time of earth’s ultimate cleansing, poo-pooed and ignored by all unbelievers and some professing believers, will not come primarily because of our activities and proclivities in life, but because of our own judgment in our time upon God and more particularly his Son, Jesus Christ, who said:

”This is the verdict: Light has come into the world, but men loved darkness instead of light because their deeds were evil”…“I am the light of the world” (John 3:19 and 8:12).

7 thoughts on “BELIEVING WHAT WE WANT TO BELIEVE”