Those of you who hate politics, who hate a certain current president of the United States, who hate the idea of the Second Coming of Jesus Christ, and who recoil at the rantings of some obscure, half-mad Christian, be warned that you’ll probably hate this post too!

Fifty years ago or so the “grandfather of Bible prophecy”, Hal Lindsey, wrote his book “The Late Great Planet Earth”, and became one of the men who led many millions of people to conclude that the Second Coming of Jesus Christ was just around the corner. I was one of them (though not fifty years past). The “stage was being set” for the grand finale of history, they said, and continue to say.

However, half a century later here we all are on the same old planet earth, and we may well ask ourselves if what some of us were led to believe either wasn’t true, or at best that it was rather premature. After all, it was many hundreds of years ago in northern Europe that people were saying, with the dark dawn of the Black Death, the threat of the Turks from the East, and the onslaught of the Pope’s church against non-conformist believers, that the end of the ages was surely upon them and the return of Christ could not be far off. They were longing for his appearing, but they were wrong about a few things. Are we similarly wrong?

Past prognosticators considered the people of ancient Israel to be guilty of murdering the Messiah, and believed that as judgment Israel had been judged and destroyed forever, in the first century destruction of Jerusalem and Israel by the Roman armies. Consequently they totally missed the fact that a literal nation of Israel must have a central role in last days events. Prophetic references to “Israel” and “Zion”, they were convinced, were addressing the Church. They didn’t understand that the nation had to be reborn and once again in possession-a very tentative and hotly contested possession-of the physical city of Jerusalem: present-day realities. 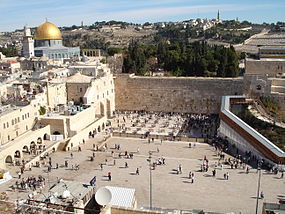 This leads me, indirectly, to our modern day political scene. I say “political scene”, but it really isn’t accurate to refer to it solely as a political scene: there’s an additional dimension to it all. What we see appears to be political, but what’s behind it, driving it all along, is spiritual.

There are some of us out here who were wondering during the last US administration’s two terms whether we would all be led within a year or so into that final showdown of the ages as spoken of in the Bible. Truth was being thrown to the ground; sacred institutions were being trashed, so that schools were being ordered to open restrooms to anyone deciding to belong to a different gender for the day; Israel was being shunned, shamed and threatened, and pressured into handing over Jerusalem. Power was being centralized, nationally and internationally, and we were being surreptitiously ushered into a global society.

A certain religion wishing, one way or another, to convert the world, was being favored and facilitated, and the faith of our founding fathers was being muzzled and demoted. But with the coming of a new administration in recent months, has the West seen a reprieve, a turnaround and a backing away from the precipice and from the end of the world as we knew it?

I would love to say that yes, we in the West are returning to our right minds: we’ll be keeping our own identity, our own traditional understanding of faith, and our own God’s view of right and wrong. Perhaps we will hang onto it all, for a time-I hope so. I pray so. It may even be that the US will dissent from the foretold international assault on Israel, but scripture says that “all nations” will descend on Jerusalem.

However, we see daily in our “news” reports the desparate efforts going on to destroy or emasculate, in any way possible, the new administration, and most particularly, the new President. Even before he was elected; even when he’d barely started campaigning for nomination, his opponents the world over were accusing him of just about everything negative and hateful that they could cook up. What he didn’t say they attributed to his words and actions anyway, and what he did say was ignored, distorted or edited for the most damaging effect possible. Among the accusations was the idea that he would start a nuclear war as soon as he possibly could.

Don’t look now, but it hasn’t begun yet. They said the same about Reagan thirty years ago, because they hated him equally. I was one of those partially convinced at the time that Reagan was an evil, rich warmonger who was going to start a nuclear war against those poor peace-loving communists.

Trump was being viciously attacked by media people, sports commentators, college professors, so-called “comedians” and pro-abortion advocates right out of the gate. He’s hated. And it’s not just he who’s hated, it’s all those who voted for him. There’s an inexplicably rabid, unreasonable and frantic movement against all that he stands for-even before his opponents know what it is he stands for. Why? What’s the goal? What will be the outcome?

And what, you may be wondering, does hatred for Trump have to do with last days things? To begin my answer, no I don’t think he’s going to start Armageddon, and no, I don’t think he’s the antichrist. What’s most telling is the vehement opposition to him and his supporters. Trump will not be around for long: hatred for what he stands for will. What will happen when they eventually-one way or another-get rid of Trump? I’ll tell you what I think. 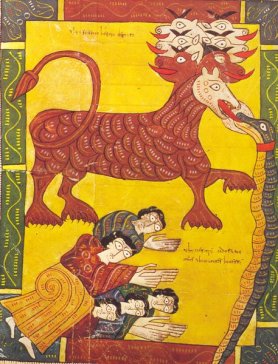 Considering the world’s obsession with reborn Israel’s possession of Jerusalem, and its determination to divide it as the Bible predicts, Bible prophecy must really be on the verge of fulfillment, be it a few years or decades. I don’t see how it can be coincidence. The world hasn’t changed its direction permanently with the election of Mr. Trump: some trends have just been slowed or postponed. As surely as the pendulum of politics swings, and as surely as Bible prophecy of the first coming of the Christ was fulfilled, so the march towards the world’s destiny will continue, and the second coming is certain. I’m no prophet, and I would never say “The Lord told me”, but I can still tell you what to expect…

The push for globalism and the end of the values of the West will return with a vengeance, with growing support among those who believe we should have no borders. The one-world crowd will almost get their way:

“All inhabitants of the earth will worship the beast…” (Revelation 13:8).

The slide into moral lawlessness will surge:

“Nor did they repent of their murders, their magic arts, their sexual immorality or their thefts” Revelation 9:21)

Anti-Christian sentiment, only being held in check now by the Holy Spirit and a few law-respecting leaders of the world, will vent itself freely:

He opened his mouth to blaspheme God ,and to slander his name…He was given power to make war against the saints and to conquer them (Revelation 9:6-7).

Pressure upon Israel to hand over Jerusalem to enemies of all that the West once stood for-at work today even in the West-will turn into action:

And in that last phrase is the good news: the good news that those who are intent on trashing all godly institutions, and all true faith, and all right to life, liberty and the pursuit of happiness will, just as they think they have won, be stopped in their tracks…dead.