My old friends in the UK, along with the bulk of their fellow countrymen who are similarly misled by a biased media, must be very confused about international relations these days… 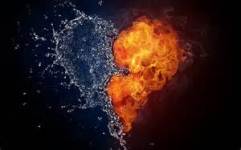 They were convinced for decades that Russia was being picked on and unfairly accused of many things by warmongering Republicans in the US. They were certain that the Democrats, as the Labour Party in the UK, were the level-headed friends of the Russians, whereas the Republicans obviously wanted to nuke Russia out of existence at the earliest possible opportunity. Now they hear from the Democrats and their media that the hated new Republican president Donald Trump has been cozying up to the Russians, and that the Dem’s are using this as a reason to attempt to annul the last general election. Behold one of the last-gasp hopes to taint and weaken the victor.

Of course, there’s no actual evidence whatsoever that Russian hacking made the slightest difference to the vote count in the election. In fact, top intelligence officials, including Obama’s, have stated as much (note 1). President Obama himself-along with Mrs. Clinton-declared before the election that it was ridiculous and democracy-threatening of Trump to even suggest the election could be rigged. CNN proudly displayed Obama’s comment during the election campaign that Trump’s rigging assertion was “dangerous”:

“I want everybody to pay attention here. This is dangerous,” Obama said at a Hillary for America event in Miami Gardens, Florida.
“Because when you try to sow the seeds of doubt in people’s mind about the legitimacy of our elections, that undermines our democracy. Then you are doing the work of our adversaries for them” (see note 2).

But of course, such warnings were only made when the Democrats were convinced they were going to win-there’s been no such warning since they lost.

Does it make sense that Putin’s Russia would want to help someone like Trump-a Repbublican president who intends to make America’s military bigger than ever before-become president? Wouldn’t Putin rather have the weaker candidate-the friend of socialism?

Oh dear, what are British and American socialists supposed to think now: are the Ruskies friends or enemies? Please Mr Schumer, for goodness sake make up your superior mind and clarify this for us plebeians out here…