Without a constant input of information, energy and design, my sons’ bedroom quickly succumbs to the second law of thermodynamics. Decay ravages the once-tidy cupboards, the beds, the furniture and the décor, until everything becomes unrecognizable… 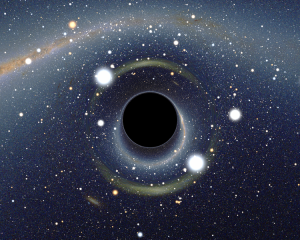 (A DIGITAL SIMULATION OF A BEDROOM, NOT A MILLION MILES FROM HERE…)

The room begins its cycle as an ordered system. However, entropy soon has its way, until there is nothing but chaos and randomness. After just one week it’s a mess of cosmic proportions.  The room degenerates into a black hole, gaining mass all the time, sucking everything into itself, until not even light can escape from the door. Before long, it’s reached a point of overload, and transforms into a white hole, spewing digested and pulverized matter back into the universe around it.  There’s no hope of anything beautiful, creative or constructive issuing from its core – just radioactive  socks, dirty clothes, toys, bits of food, garbage, and other unmentionable, frightening objects.

No amount of time can reverse this outcome.  If I leave the room for a year, it will be fifty-two times messier than if I leave it for a week. If I were to leave it for a hundred million years, the bed would not evolve into a starship or a “Deep Thought” computer. There will be nothing. Even the Lego towers of Mordor will be no more. There will be no new bed evolving itself out of the dust, and no clean sheets forming themselves into a cozy, white, fresh-smelling bed.  There will be no designer cupboards full of neatly folded clothes materializing in the corner: there will be no bedroom.

After a billion years (supposing time continues to exist), there would still be no bedroom.

The only way a bedroom could once again be brought into existence is if an architect designed it out of the knowledge, intelligence, experience, and aesthetic sense he had, and then if a builder, with his own intelligence and skill, followed the plans, gathered the materials, and built it. No new bedroom would appear without intelligence, design and energy.

Apologies to anyone who may have read this post before. I’m designing some new ones….