For twenty-eight years I was a believer in and fierce defender of the “pre-tribulation” rapture: not any more. If you find yourself in that camp, I sincerely hope you can open your mind a little to the idea that the pre-tribulation rapture theory has some serious flaws, and that the consequences for us as believers are very considerable… 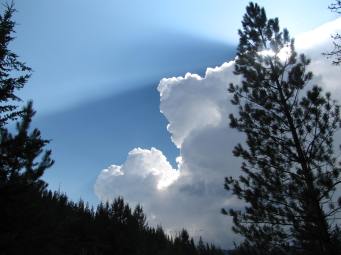 This post is a part of chapter three of my book* It’s rather lengthy, but you can scroll down and get the gist of it if you want.

WILL THE SECOND COMING BE IN TWO STAGES?

Experts see the second coming of Jesus Christ happening in two stages. In pre-tribulation theory, these two stages are separated by a time period of at least seven years. The first stage of Christ’s second coming, say the experts, will be in secret, like a thief in the night, in the air, to ‘catch up’ the Church into heaven (Revelation 16:15; 2 Peter 3:10, 1 Thessalonians 5:2; Matthew 24:43; 1 Thessalonians 4:17). The second stage, it’s believed, will be for all the world to see, and to bring judgment on those who were left behind by the rapture and who didn’t repent during the tribulation (Revelation 19:11-16; Matthew 24:30; Zechariah 12:10).

I have to wonder why God wants to spend seven years punishing the world, when he’s going to be judging each and every individual when he returns anyway. Does he have a mean streak? Is he sadistic? Does he want to prolong the suffering of the lost on earth before he sends them into the lake of fire? No, Jesus is not sadistic: the tribulation time is a time of division. It is the last opportunity for man to repent , or to be eternally lost.

The phrase ‘thief in the night’, taken from 1 Thessalonians 5:2-4, is used by prophecy experts to conjure up visions of Jesus secretly snatching away his Church before any tribulation starts, taking everyone by surprise, leaving traffic-jams with empty cars and pilot-less planes to fall from the sky. All sorts of scenarios have been imagined to explain the sudden disappearance of millions of people around the world, including a mass alien cleansing of the earth before the aliens come to straighten planet earth out.

As a new believer I was terrified that I may do, say or think something which would jeopardize my rapture status, leaving me behind in a hostile world devoid of the Holy Spirit and other Christians, to deal with the mark of the beast and persecution. Beside fearfulness, this kind of thinking can produce a class mentality: a world in which you have the good rapture candidates, and those who aren’t going to make it. They aren’t committed enough, or they aren’t spiritual enough, or they’ve had a sip of alcoholic drink and failed the test. 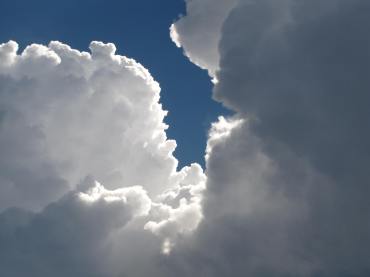 IS JESUS A THIEF?

Are we to see Jesus as a “thief”? Will he “steal” his people from the world when nobody is expecting him to? Jesus did say, a few times, that he would come “like a thief”. The first such simile in the book of Revelation is found in his letter to the first-century church at Sardis:

“If you will not wake up, I will come like a thief, and you will not know at what hour I come against you” (Revelation 3:3 ESV).

Without doubt Jesus is likening his coming to that of a thief. However, he is here threatening to come against the church in judgment or discipline, not to rapture it away. He’s not promising to “snatch up” all the compliant faithful congregants leaving the rest behind. He’s not preparing the church for rapture.

As far as I know no pre-tribulation teachers suggest that the church in Sardis directly represents the last-days Church universal, though some do say that all the letters to the churches of Revelation speak of it in some way, directly or indirectly. Certainly the weaknesses of man are universal, and Jesus did say repeatedly, “He who has an ear, let him hear what the Spirit says to the churches” (Revelation 3:6). We do all need to learn from their failures and their successes, and from the direction of the word of God.

The second time in Revelation that Jesus said he would come like a thief is in chapter 16:

The timing of this statement must be significant. It’s just after…and not before…six of the seven bowl judgments-final judgments-very possibly concurrent or synonymous to the seven trumpet judgments, in which the sea has been turned to blood, and several other terrible plagues have take place. It’s also just before the beast and the kings of the earth are gathered together in the place called Armageddon, where Jesus Christ will engage them upon his glorious return in power and glory. Remember that we found that after the sixth trumpet the kings of the earth realize God’s wrath has come (Revelation 6:12-17). Incredibly, the final gathering of armies is a last-gasp and futile human effort to prevent Jesus Christ returning (19:19).

The seven trumpet judgments of wrath are arguably contemporaneous with the seven bowls of God’s wrath (16:1b). One reason for believing this is that they both are said to fulfill the wrath of God:

“There will be no more delay! But in the days when the seventh angel is about to sound his trumpet, the mystery of God will be accomplished” (Revelation 10:6-7).

“The seventh angel sounded his trumpet, and there were loud voices in heaven, which said, ‘The kingdom of the world has become the kingdom of our Lord and of his Christ…’” (Revelation 11:15).

“I saw in heaven another great and marvelous sign: seven last plagues-last, because with them God’s wrath is completed” (Revelation 15:1).

The significance of the above facts is that on both occasions in Revelation in which Jesus says that he will come like a thief, the topic is judgment and wrath. Someone is about to be judged-not raptured!

Jesus also spoke of his coming as being “like a thief” in his Olivet Discourse. Warning his disciples not to become complacent and fall into sin, he gave the example of Noah and the flood, in which all the wicked were judged. He told them to keep watch, just as a house owner would keep watch over his house if he knew a thief was about (Matthew 24: 36-44). More on Jesus’ example of Noah later.

WHAT IS A THIEF?

Think about what a thief is. A thief is someone who does something no-one likes: he takes what is NOT his. But Jesus Christ’s Church is his property, his bride. Is he really calling himself a thief in the above passages? Should he be thought of as a thief, or that he wanted to be known as a thief?

Jesus didn’t actually say, “I am a thief”, or “I will be a thief”. Instead he said “I come like a thief”. Jesus does not steal what is not his. Instead he comes in the manner of a thief: suddenly; unexpected; without warning; unannounced; uninvited.

THIEF IN THE NIGHT

The “thief in the night” phrase is today taken out of its proper context. It doesn’t refer in scripture to the rapture at all, as believed by millions of Christians. According to Paul it’s “the day of the Lord” which will come like a thief in the night-not the rapture:

“…for you know very well that the day of the Lord will come like a thief in the night” (1 Thessalonians 5:2).

“While people are saying, ‘Peace and safety’, destruction will come on them suddenly…” (verse 3).

The truth will dawn on the unbelieving world, though they had been thinking that their own great leader had everything under control-that is, the man and the kingdom about whom Daniel says:

When they feel secure, he will destroy many and take his stand against the Prince of princes. Yet he will be destroyed, but not by human power (Daniel 8:25).

And John tells us that the people of earth, in admiration of him, will say:

The God they had insisted didn’t exist will suddenly be knocking very loudly on their door. It will be the ultimate shocking realization for them.

Those in rebellion against God will for a time think they have the world to themselves (they do now!). Instead they’re going to get a severe shock when the day of the Lord comes upon them, “like a thief in the night”.

Peter also likened the day of the Lord, not Jesus or the rapture, to a thief:

“But the day of the Lord will come like a thief. The heavens will disappear with a roar; the elements will be destroyed by fire…” (2 Peter 3:10).

Luke’s account of Jesus’ parable concerning the master who appears and takes his servants by surprise also uses the “thief” metaphor, but Jesus wasn’t using it in positive terms. In fact, he said that a wise house owner “would not have let his house be broken into” (Luke 12:39). This imagery would be conflicting with the pre-tribulation understanding of the “thief in the night” if it were true, suggesting that the wise house owner would not let Jesus-the thief-inside to rapture him.

Picture Jesus as the thief coming to rapture you, and you locking the door so he couldn’t get in! Surely that analogy does not make sense as rapture talk.

*THIS POST IS AN EXCERPT FROM MY BOOK, “ALL LEFT BEHIND: THE CASE AGAINST THE PRE-TRIBULATION RAPTURE”, BY NICHOLAS FISHER, AVAILABLE ON AMAZON IN PAPER-BACK AND E-BOOK. PART 5 WILL APPEAR SOON