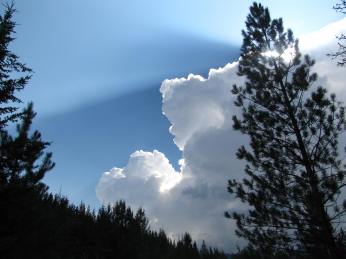 I apologize once more that this is a long post. It’s also a little bit involved, and not an “easy” read. It is, therefore, helpful only for those who strongly want to know what the rapture is about Biblically-the intention of my book*.

Is this perhaps evidence of a “staged” first resurrection? Paul is enlightening us on the subject of “turns” here, including who will be raised first and second. He’s going to tell us in what order these fundamental happenings take place.

FIRST: “Christ the firstfruits” (verse 23a). Paul had already clarified that Christ is the firstfruits of those who have fallen asleep (v 20). He was the first to be raised permanently.

A shallow understanding of this order of events may suggest that the pre-tribulation position is the right one, so that the “end” is considered to be the tribulation and its culmination, which will happen after the rapture when Christ will come for believers. Is this correct?

To help us draw some conclusions about Paul’s “turns”, we need to ask some questions. In which of these three steps is the rapture? Which “coming” is Paul speaking of in the second step: a pre or mid-tribulation rapture, or his visible return in power and glory? Is this resurrection perhaps in “stages”? What does Paul mean by “those who belong to him”? Are those who belong to him just the people who are ready for the rapture while nominal believers have to be “left behind”? If so, where is the turn of those left behind? Which “end” is Paul speaking of? If it’s the end of the tribulation, then the second step could be speaking of an early or pre-tribulation rapture.

THE “COMING” OF CHRIST IS SINGULAR IN PAUL’S NARRATIVE

Why is it that here, where Paul is speaking of the order of events-particularly the resurrection, is there only one coming of Jesus for those who belong to him? This chapter-1 Corinthians 15- is the same chapter in which we read about resurrection and rapture, and that “We will not all sleep, but we will all be changed-in a flash, in the twinkling of an eye” (verse 51-52). Paul is sharing the “mystery” of resurrection and rapture with us in the second half of the chapter-and we all see him as being privy to the facts. And yet when he gives us the order of resurrection in the first part of the chapter, there’s only one coming of Jesus mentioned. He said nothing about a split or a staged return, or a split or a staged resurrection. All he tells us is that Christ will come for those who belong to him. Surely, those who “hold to the testimony of Jesus” during the tribulation also belong to him? Surely, they will also be raised to live and to reign with him? The remarkable answer to this question is “Yes”- the saints martyred during the tribulation will be raised and will reign with Christ during the Millennium:

“And I saw thrones, and they sat on them, and judgment was committed to them. Then I saw the souls of those who had been beheaded for their witness to Jesus and for the word of God, who had not worshiped the beast or his image, and had not received his mark on their foreheads or on their hands. And they lived and reigned with Christ for a thousand years.  But the rest of the dead did not live again until the thousand years were finished. This is the first resurrection” (Revelation 20:4-6 NKJV).

Significantly, neither is there any split or distinction later in the chapter when Paul discusses the “mystery”. There he’s telling us that for the dead and the living believer there will be instantaneous change from mortality to immortality. But gives no hint that this transformation is for “some” while the rest get left behind for a later, subsequent event in his order of things.

It’s no use saying that the coming of Jesus in Paul’s second event is a pre-tribulation rapture, because Paul says that he is coming for “those who belong to him”. Surely, at Jesus’ return in power and glory when he commands the angels to gather his elect, the elect “belong to him” (Matthew 24:31). And surely, those resurrected martyrs of Revelation chapter twenty also “belong to him” (Revelation 20:4). There cannot be several single comings of Jesus.

Pre-tribulation teachers speak of an in-the-clouds secret coming for the Church and later a visible coming in power and glory. Though Paul in his own words is laying out his meaning of “each in his own turn”– the “turns” of resurrection-he only speaks of one coming of Jesus Christ. There is no step between Paul’s second and third step. There are no “stages”. Paul said nothing like “then it will be the turn of true believers” or “then will come the turn of those who were left behind the first time”, or “then the turn of those martyred for Christ”. If the “coming” of Jesus is in two stages or more, why didn’t Paul say so here, in this chapter about resurrection and rapture?

We’re told in Revelation chapter 20 that all those who belong to Jesus will be raised before the millennial reign of Christ. There will not be any held back from resurrection until after the millennium:

Remember that those who are martyred during the tribulation are considered by Christ himself to be blessed. He isn’t going to count such people out of his first resurrection. And you will recall that in his Olivet Discourse, Jesus commands his angels at the end of the tribulation to gather his elect from one end of heaven to the other. Jesus isn’t going to leave any of his people out of his Millennial kingdom.

So the most obvious reading of Christ’s coming in part 2 of Paul’s list of events which is in singular terms, is that there’s an all-inclusive coming for all believers in Christ, with no mention of a staged resurrection. But even if this resurrection Paul described in 1 Corinthians is a single reference to a staged or split resurrection, there is still no guarantee that the first stage of the first resurrection will be before the tribulation.

Further, it’s difficult to conclude from Daniel’s book, with any honest conviction, that the resurrection will take place before the work of Antichrist begins. The last five verses of Daniel’s 11th chapter describe Antichrist’s movements in the middle east, saying that “He will pitch his royal tents between the seas at the beautiful holy mountain” (11:45). We know that the “beautiful holy mountain” must be the temple mount in Jerusalem, and we know that both Jesus and Paul spoke of Antichrist’s revealing upon his temple mount appearance. It is after Daniel’s prophecy tells us this that it then speaks of the resurrection.

We know that Antichrist is not even revealed until the mid-point of the tribulation, when he enters the temple (2 Thessalonians 2:1-12), and we know that Antichrist is given just forty-two months of power on the earth (Revelation 13:5) before Christ returns and throws him into the lake of fire (19:20). Remember that a pre-tribulation rapture necessitates the resurrection of the dead occurring before any sign of Antichrist appearing or fulfilling any prophecy. This would be contrary to Daniel’s view of things, and Paul’s.

WHICH “END” IS PAUL SPEAKING OF?

We’re looking at Paul’s discussion of resurrection, and the order of events around the resurrection of those who belong to Jesus. Now we want to look at Paul’s third point of order. After Jesus comes and the dead are raised, Paul says, “the end will come” (1 Corinthians 15:24). Which “end” is Paul speaking of here? This is a vital question. Is he speaking of the tribulation, transpiring after our second step in which Christ comes for “those who belong to him”? This would signify a pre-tribulation rapture. Or is he thinking of a different “end”? Paul gives us the clear answer himself, in the following verses:

“Then the end will come, when he hands over the kingdom to God the Father after he has destroyed all dominion, authority and power. For he must reign until he has put all his enemies under his feet. The last enemy to be destroyed is death” (15:24-26).

Revelation makes clear for us that Jesus Christ will reign on the earth for a thousand years (Revelation 20:6b). The last rebellion against God will be put down at the end of that thousand years (verses 9-10) and then death itself-the “last enemy” will be destroyed. This is the “second death (20:14). Then Christ will hand over the kingdom to the Father, as Paul said (Revelation 21:1-4 with 1 Corinthians 15:24). Paul is saying, then, that “the end” is when Jesus has put all his enemies down at the close of the thousand year reign: the final rebellion of Satan, and death itself. Then he will hand over the kingdom to the Father.

The “end” which Paul was saying would come after Christ returns for those who belong to him is not the tribulation, but the end of the millennium -a thousand years after Christ’s glorious appearing for every eye to see; the end of Satan, and the end of death.

In summary Paul’s sequence of resurrection events in his letter to the Corinthians only includes one “coming” of Jesus Christ and one resurrection of believers.

Scriptures about the resurrection do not favor a pre-tribulation rapture. The best we can say about them in this regard is that any proposed first “stage” of the first resurrection would have to be after the revealing of Antichrist.

*ALL LEFT BEHIND: THE CASE AGAINST A PRE-TRIBULATION RAPTURE”, by Nicholas Fisher. Available on Amazon in paperback and digital form.