Among the parables of Jesus are some which relate to his future return from heaven. Though they aren’t detailed prophesies of end times events by any means, they do contain some important principles and interesting relevance which we may be able to use as guidance on the timing of the rapture, particularly when we compare them with other more specific prophecies… 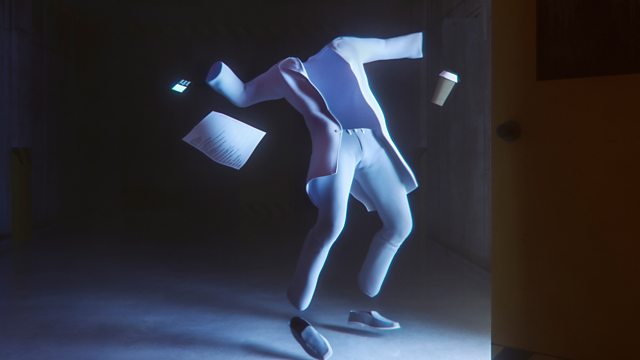 THE PARABLE OF THE WEEDS

Jesus told a parable of a farmer growing a field of wheat. The parable is found in Matthew’s gospel, chapter 13. While the farmer was asleep said Jesus, his enemy threw some tare seeds -destructive weeds-into his wheat field. The tares began to grow among the wheat, but when one of the man’s servants asked if they should pull up the weeds, the farmer answered that they should not, because they may also pull up the wheat by mistake. Having spent some time working on wheat fields myself, I know that some weeds can be almost indistinguishable from the wheat, until they’re fully formed.

The farmer told his servants to let both plants grow together until the harvest. At that time, when the wheat is harvested, the tares should also be pulled up and burned (Matthew 13:24-30).

Jesus, interpreting the parable plainly for his disciples, said that the man who sowed good seed represents the Son of Man: Jesus Christ. The field represents the world, and the good seed stands for the rightful children of the kingdom. The tares speak of the children of the devil, and the enemy who sowed them is the devil himself (13:36-39). Such images are fairly easy for the Bible-reading Christian to understand, but it’s the following verses which become more relevant to us in this study. Jesus explains:

“The harvest is the end of the age, and the harvesters are angels” (verse 39).

This statement has some similarities with Jesus’ words in the Olivet Discourse, in which he tells us that when he returns in power and glory for all the world to see:

“…he will send his angels with a loud trumpet call, and they will gather his elect from the four winds, from one end of heaven to the other” (Matthew 24:31).

Jesus’ return is “the end of the age”. He will send out his angels to gather his elect, just as the angels in the parable gather the harvest.

Continuing with the parable, Jesus then goes on to tell his disciples that as the weeds are pulled up and burned, so the angels will remove all wrongdoers-everything that causes sin and all who do evil-and throw them into “the fiery furnace”. The final result is that the righteous will inherit the kingdom:

“Then the righteous will shine like the sun in the kingdom of their Father” (13:43).

Notice that according to the farmer’s instructions-the farmer who represents “the Son of Man”, at harvest-time both the wheat and the weeds are dealt with. The wheat is not gathered before the tares, but the farmer tells his servants, the angels, to “first” collect the weeds and tie them in bundles to be burned, and then-secondly-to gather the wheat into his barn (verse 31). Notice also that the sequence: tares first, wheat second, is repeated in Jesus’ own interpretation of the parable (verses 41-43).

“Take your sickle and reap, because the time to reap has come, for the harvest of the earth is ripe” (Revelation 14:15b).

This end-time harvest is reaped some time after a warning not to accept the mark of the beast, and after a call for the saints “who remain faithful to Jesus” to patiently endure (14:12). It’s also after the fall of Mystery Babylon (14:8). Mystery Babylon is destroyed by the beast and his kingdom, by the design of God (Revelation 17:16-17) giving us yet another example of how God uses one enemy of his to destroy or punish another. The Harlot’s destruction occurs during the last three and a half years of the commonly expected seven-year period, as noted before, and therefore after Antichrist has been revealed to the world.

As the harvest of the earth occurs after the fall of Mystery Babylon, it must be at or very near the return of Jesus, because the fall of “the great prostitute”, noted again in chapter 19, is celebrated immediately before the “bride” is said to have made herself ready and Christ rides out of heaven in power and glory (Revelation 19:1-3).

The harvest of the earth in Revelation chapter 14 is closely followed by or contemporaneous with the gathering of grapes and their destruction in “the winepress of God’s wrath”. So in this case, grapes are representing the unsaved wicked of the world. More specifically in the case of the grapes, Revelation seems to speak particularly of the destruction of the forces of the beast at Armageddon. This passage in Revelation is an echo of one found in Joel’s prophesy of the day of the Lord:

“Let the nations be roused, let them advance into the Valley of Jehoshophat, for there I will sit to judge all the nations on every side. Swing the sickle, for the harvest is ripe. Come, trample the grapes, for the winepress is full and the vats overflow-so great is their wickedness!” (Joel 3:12-13).

The two products of harvest-the wheat and the grapes of wickedness-are being reaped simultaneously in Joel’s prophecy. They’re both being gathered at the time of the nations’ advance into the valley-not years apart or on different occasions. They’re seen together in the passage. The only possible difference in the timing of these two is that when the sickle is swung the grapes of wrath are already gathered, because the command is to trample them, not to gather them.

The fact of the harvest being an end-time event, in which the righteous and the wicked are judged at more or less the same time at the end of the age, is clear. The harvest of the earth-of the righteous-is again after and not before the mark of the beast. Also notice the fall of Mystery Babylon. This is an end of tribulation harvest.