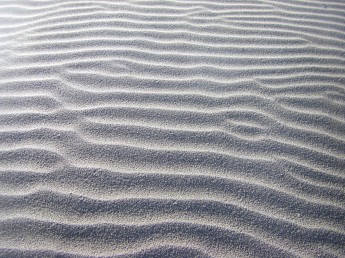 Have you ever been accused of “judging” or of being “judgmental” because you expressed an opinion?

Have you ever felt intimidated into not giving your opinion, or into not even having one? It’s normal these days for people to give you their opinion that if you have a view of life different to theirs, you should keep it to yourself and stop “judging” them. Even in the church you may have these words of Jesus thrown at you to shut you up – “do not judge”, and “do not judge or you will be judged”.

If it’s wrong to judge that one thing is wrong and another is right, then all the people in prison and in jail should be released immediately. There should be no more court cases, no police force, and no army. We should have no more elections. We should have no laws. If some gentleman and his friends invite themselves into your house, and walk out with your PC, your new large flat-screen TV, and your daughter, you should just let them do it, because the moment you question them about it you will be accusing them of theft, and therefore judging them. Let anarchy reign!

Surely, when Christ said “do not judge” he did not mean “do not have an opinion or express it”, and neither did he mean that nothing is wrong or sinful. His own words and actions are packed with very clear “opinions” of what is right or wrong. Consider the time when “he made a whip out of cords, and drove all from the temple area, both sheep and cattle; he scattered the coins of the money changers and overturned their tables” (John2:15). Think about why he would say to anyone “leave your life of sin” (John8:11)? Look around in the gospels, and you will find him saying things like “You snakes! You brood of vipers! How will you escape being condemned to hell?” (Matthew 23:33). Ultimately, Jesus Christ will judge us all, as the Bible declares in many places (2 Corinthians5:10).Therefore, unless Jesus was himself guilty of gross hypocrisy, and he was not, then he must have been saying something different than “do not express your opinion unless it is politically correct”, when he said “do not judge”.

Let’s look at the relevant Bible passage. The key to understanding it is to read it in its immediate context. People will take a quote out of context in order to use it as a club to beat you with, and this one is a prime example. Jesus said “Do not judge, or you too will be judged, for in the same way you judge others, you will be judged, and with the measure you use, it will be measured to you” (Matthew 7:1-2). But he didn’t stop there. He went on to say “Why do you look at the speck of sawdust in your brother’s eye and pay no attention to the plank in your own eye? You hypocrite, first take the plank out of your own eye, and then you will see clearly to remove the speck from your brother’s eye” (verses 3-5).

Jesus is here speaking of hypocrisy, not of opinions on what is right or wrong. If we condemn someone when we are just as guilty or more so, we are being hypocritical. That’s the message. Jesus said that if we cleanse ourselves of our own faults, we are then in a far better position to lovingly help others to cleanse themselves of their faults. He said it was alright to “remove the speck from your brother’s eye” (verse 5). In this way, we can all walk together towards holiness.  Mercy also plays a part. Jesus said “in the same way you judge others, you too will be judged”. If we are loving, respectful and merciful when we express ourselves or when we point out someone’s fault or sin, God will similarly treat us with love and mercy. If we are vengeful and condemning, we can expect the same treatment, in this world and the next. However, it is not wrong to have Biblically defined views of right and wrong, or to express them. All the New Testament disciples and apostles did, as did the Old Testament prophets. In fact, it is our duty to declare truth to the world. Jesus, in the “great commission”, told hid disciples to go into all the world and preach the gospel, “teaching them to obey everything I have commanded you” (Matthew 28:20).   Thank God that we are not at the mercy of the shifting sands of human opinion: we can know what is right or wrong, and we can know what our Creator requires of us.

We are living in an age when political correctness is attempting to silence all dissenters, and far too many people are caving in to the pressure. For example, if you express the view that homosexuality is a sin, as the Bible and nature itself clearly teaches, you are likely to be labeled as “homophobic”, and a “hateful, narrow minded, right-wing, fundamentalist bigot” Our opponents think it’s alright for them to judge us, and call us all kinds of names, and to have their own opinions and express them, but we are supposed to be silent. When they say that someone is “judgmental”, are they not making a judgment themselves? When they call us “hypocrites” for believing something, are they not being hypocritical?

Again, the pressure is on for us to accept the illogical notion that all religions are equally valid. Remember that Christ, who said “do not judge”, also said “I am the way and the truth and the life. No one comes to the Father except through me” (John 14:6). This is the gospel that people have died to proclaim from the time of Christ down through the centuries. Are we now going to toss it away? There was no reason for Christ to give himself as a sacrifice if we can get to heaven by worshipping a statue or by doing enough good deeds.

We need more people, especially in the church, with some intestinal fortitude. I’m not saying we should condemn, or hate, or reject, or be spiteful, but to lovingly and confidently stand up for what we claim to believe, and to actually believe something in the first place. If we will stand for nothing, we will fall for anything, and the more we allow ourselves to be silenced, the more ground we will lose to those who want to rid the world of the church and its voice.

If anything is true, and if the Bible is the word of God, (and it is) we should confidently proclaim it. If it is not, or if only parts of it are, the parts we choose, then anything goes: everyone’s free to make up their own god, and we’re reduced to the survival of the fittest.