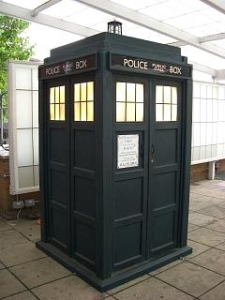 IS TIME SPEEDING UP?

The theory goes that the whole world is on fast-forward, that’s why it’s so hard to fit everything into a day, and why it only seems like yesterday that we were chewing on a rusk and having our diapers changed.

This idea is not Biblical and it doesn’t comply with science.

Bible characters, writing many centuries ago, observed that a life- time seems to pass in the twinkling of an eye. James said:

“What is your life? You are a mist that appears for a little while and then vanishes” (James 4:14).

“Man…springs up like a flower and withers away; like a fleeting shadow, he does not endure” (Job 14:1-2).

I’m no physicist, but I do know enough to know that time  is inextricably one with space and matter, and is so in every single particle in the universe. If time were “sped up”, so would be the operations of the atoms in your brain, your legs, your car, and in everything around you, so that you would not notice any difference. The calculations of Einstein, to some extent demonstrated to be valid, show that, for example, while a man travelling at half the speed of light in space would come back to earth having aged less than his contemporaries, his own experience on that space ship would not have given him any impression that time for him was going by slower than it had done on earth.

With God one day is as a thousand years, and a thousand years are as one day. He is outside of time and not affected by it, so he doesn’t have to be “in a hurry” to do anything, and wouldn’t notice the difference anyway. In fact I often wonder why the Lord isn’t in more of a hurry to straighten things out (can anyone give me an “amen”?).

No, time has not been sped up, (at least I don’t believe it has). Instead, we are going crazy in this modern society which we’re all guilty of creating, trying to fit more and more into our day, and being pushed by our governments and our own proclivities to go faster all the time. The more you try to fit into your day, the quicker time will seem to go. If you were to sit quietly (without your TV-painful I know) and watch the clock for a day, you would seem to have “slowed down” considerably, and may find yourself getting rather relaxed, and perhaps even a little bored. ZZZzzz…

WHERE DOES ALL THE TIME GO ANYWAY?

While on the subject of time being short, it occurred to me, in my unscientific way, why our past seems to have gone in a flash-and I think we all have that sensation, don’t we? I’ve heard it said that even nostalgia isn’t what it used to be.

Many memories are stored in our brains. However, the time over which they transpired is not. When we look at those events from our past, they are not replayed in our minds over the time it took them to occur. A memory of a day out comes into our mind like a series of photographs or short clips of an edited video or sound-track. Memories are like a deck of cards stacked together with no space between them, or like a computer program which has been compressed to save space.

If you want to sense some of the time which seems to have vanished, you perhaps need to try to replay your memories at normal speed, with every little movement, discussion, down-time, journey and rest fully played out in your mind, so that a day out ten years ago would take you a day to recall.

Alas, it’s not all there is it? Perhaps that’s a good thing, because if everything were stored there would be pain, boredom, fear and unhappiness stored there also.

The lesson for us all is that we need to make the most of every day, to live life God’s way-in love and holiness, to appreciate every blessing, and to enjoy life to the max. By doing that, we won’t have to look back with regrets, but with thankfulness, and with a joyful anticipation of the future.