Welcome to part three of my up-dated study on the rapture. Herein read more challenges to the politically-correct position… 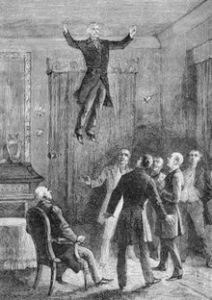 IS THE CHURCH MISSING FROM REVELATION CHAPTER 4 ONWARD?

Update November 2018: You can get my new book on the rapture, from Amazon-paperback or e-book. The link is at the bottom of this post.

Pre-Tribulation believers say that while the Church is spoken of in the early chapters of Revelation, which they believe represent the Church age, the word “Church” is nowhere mentioned in the rest of Revelation, which covers the Tribulation. This is taken to be evidence that it will no longer be on the earth during that time. However, what they don’t consider is that all the prophesies of Revelation are given to the churches-not just the first four chapters. After the prophesies are all given, we read:

“I Jesus have sent my angel to give you this testimony FOR THE CHURCHES” (Revelation 22:16).

THE  ENTIRE BOOK OF REVELATION IS A TESTIMONY TO THE CHURCHES

Jesus said that the entire book of Revelation is a testimony for the churches. We first hear of this “testimony” at the beginning of chapter 1, where we’re told that Jesus Christ’s revelation was concerning “what must soon take place”. This includes not just the prophesies but the letters to the churches: the entire thing is:

“the testimony of Jesus Christ” (verse 2).

The churches-supposedly part of the church age-are given the same “testimony” as those who are martyred during the Tribulation.

So one message is told throughout the book. There are not separate testimonies for the rapture candidates and the failures. The book is a unit – not divided in two – and is as relevant to the Church as it is to Jews or anyone converted during the Tribulation. The prophesies, says Christ himself, are for the Church, and not for others who are “left behind”.

There are common terms and phrases used in John’s words in both Revelation and his other New Testament writings. He used the phrase “testimony of Jesus”, in Revelation seven times, as well as using the word “testimony” separately several more times. However, “Testimony” was also a common theme in his gospel (e.g. John 21:24), much more common than it was in any other gospel or the writings of Paul. He also used the concept of “the testimony of Jesus” in two of his epistles to Church age disciples (1 John 5:6-11; 3 John 13), just as he used it to describe Christians living through the Tribulation in Revelation. 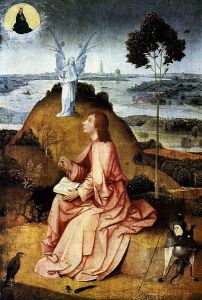 THE SAINTS WHO BORE TESTIMONY TO JESUS

If it’s true that the Church is nowhere to be found on earth in the prophesies of Revelation, who are “those who hold to the testimony of Jesus”, being persecuted by Satan and Antichrist (Revelation 12:12; 14:12; 20:4)?  Those killed by the antichrist are identified by John as “those who bore testimony to Jesus”(Revelation 12:17). However, it’s important to see that this phrase is not reserved for those being persecuted during the tribulation. The same term is also applied to the people who are known as the saints of Church history who have been killed by the Harlot…

It’s applied to John and his companions-who were first century Church-age Christians-by the angel relaying the revelation:

“I am a fellow servant with you and with your brothers who hold to the testimony of Jesus” (19:10).

John, a first century, Church-age believer, also applied the term to himself at the beginning of the book, and related it to the suffering of his own persecution:

“I John, your brother and companion in the suffering and kingdom and patient endurance that are ours in Jesus, was on the island of Patmos because of the testimony of Jesus” (Revelation 1:9).

Similarly, John spoke of the Tribulation saints ‘who obey God’s commandments’ (Revelation 12:17 and 14:12). We can’t necessarily describe this as a reference to Jews as some prophecy teachers want to, because in John’s letters he used the same Greek word when he wrote to Church-age believers of the importance of obeying God’s commandments (1 John 2:3-4; 1 John 3:22-24; 1 John 5:2-3; 2 John 1:5-6).

THE WORDS “CHURCH” AND “CHURCHES”, AND INDIVIDUALS

The word “Church” is not used in a singular sense even in chapters 1 to 4 of Revelation, and is only used to speak of “churches” in a plural sense. This word “churches” speaks of organized gatherings of believers. Perhaps the word “churches” is absent from chapters 4 to 21 because there will be no churches: they will be outlawed. Instead, there will be individual “saints” struggling to survive in a hostile world where they cannot congregate.

It’s never mentioned by the prophecy “experts” today that John did not use the words “Church” or “churches” at all in his first or second epistles (or in his gospel) even though they were written to Christians of his day. When he did say “churches” he was referring to an organized gathering. This is the same definition used by Paul and others. For example, when referring to groups of believers Paul used the word “churches” sometimes:

However, Paul used the term “saints” for individual believers, and complimented it or contrasted it with the term “churches”:

“To the church in Corinth…together with all the saints throughout Achaia” (2 Corinthians 1:1).

Paul used the term “saints” many times for individual believers, which substituted nicely for the word “church”. For example:

“To the saints in Ephesus, the faithful in Christ Jesus” (Ephesians 1:1).

He also used the word “believers” at times, in place of “church”:

“…let us do good to all people, especially to those who belong to the family of believers” (Galatians 6:10).

ISRAELIS ARE NOT THE MARTYRED BELIEVERS OF REVELATION

It’s not accurate to see the saints of Revelation as the people of Israel or the 144, 000, because they are clearly seen to be separate in the dragon’s persecution of them. When he fails in his attempt to wipe out Israel in chapter 12, (and this is long after the beginning of any seven year period-verse 14) he turns his efforts to trying to wipe out Christians instead:

“Then the dragon was enraged at the woman and went off to make war against the rest of her offspring-those who obey God’s commandments and hold to the testimony of Jesus” (12:17).

WHO ARE THE SAINTS OF REVELATION CHAPTERS 4 TO 21?

There are “saints” in the Tribulation – we read about them being persecuted by Antichrist, the dragon, and unbelievers. For an example, see Revelation 14:11-12. The question is: who are these saints? Pre-Tribulationists claim that they are not Church age believers, but some other form of saint, perhaps specially anointed Messianic Jews, or Gentile believers saved after the Rapture. I will later comment on the “end of the Church age”, so please refer to that for a complete understanding of this subject.

In truth, the same Greek word translated “saints” is used throughout the New Testament, and it doesn’t change after Revelation chapter 3 : saints are saints. Not only that, but the Tribulation saints are “faithful to Jesus” (Revelation 14:12). How can they not be Christians? Alright, they are not called “Christians” by John, but then, John did not use the term “Christians” anywhere else in Revelation, including Christ’s letters to the churches (and neither did Jesus or the angel), or in his epistles, or in his gospel. Neither did he use the word “believers” anywhere, except once in his gospel.

Antichrist will make war against the “saints”- and not the “churches” – because his design is not just to eradicate organized gatherings, but to wipe out believers completely:

“He was given power to make war against the saints and to conquer them…This calls for patient endurance and faithfulness on the part of the saints” (Revelation 13: 7a and 10b).

When Christ returns to the earth with those dressed in fine white linen – those who most evangelicals regard as the raptured Church (Revelation chapter 19) – the words “Church” and “churches” are not used to describe them.

Famous “last days” prophecy teachers speak and write about the “Mother of Prostitutes” of Revelation chapter 17 as though she had been killing saints (and the scripture doesn’t say “churches”) over the two millennia since Jesus was on earth. The corrupt church and false religion has persecuted saints down through history, they say. Alright, if this is true (and it is), then the “saints” killed by the Harlot are regular Church-age believers, and called “saints” in Revelation, are they not? So what makes them any different from the “saints” mentioned in other places in Revelation, such as those who are called to patiently endure, in 14:12?

WAS JOHN’S TRIP TO HEAVEN A TYPE OF THE RAPTURE?

In response, we can observe two things here. First, there is no statement that John’s trip into heaven represents the rapture of the Church. Secondly, John came back to earth as a mortal.

The pre-tribulation rapture is being called by some the “blessed hope”: it is not. The blessed hope is the appearing of Jesus:

“…while we wait for the blessed hope-the glorious appearing of our great God and Savior, Jesus Christ…” (Titus 2:13).

2 thoughts on “RAPTURE: THE CHURCH AFTER REVELATION CHAPTER 4”