WAS NOAH’S ARK REALLY AN ALIEN SPACE SHIP?! We can now reveal the results of explosive new research!! The most up-to date understanding of ancient Biblical manuscripts, along with on-site cutting-edge micro-laser technology, has led experts to conclude that Noah’s ark was not a large wooden ship designed to float on water at all, but an ALIEN STAR CRUISER!

(An artist’s impression of Noah’s Ark)

Leading theologians, historians and archaeologists have confirmed Popp E. Cock’s research. Among the findings of the latest expert analysis of Bible scriptures are these:

Now I’m going to be serious…

I created the above story to make a point about faith-or perhaps the lack of it. We all know that there are unbelievers by the million who eagerly accept such narratives while trashing the original in the Bible, but it’s scary to recognize that there are some in the professing Christian world who also prefer to accept such ideas. In fact on almost every Biblical topic they’ll believe and teach just about anything other than the plain, clear record of scripture.

I had a conversation several years ago with a self-professed Christian man which developed onto a full-scale heated debate. I happened to mention to him casually my belief in a certain Biblical doctrine, and he asked suspiciously what I meant by it. When I quoted from the Old Testament to explain my view, he asserted forcefully that, “It doesn’t mean that!” I asked him what he thought it meant, and his reply was, “I don’t know, but it doesn’t mean that!”.

This was the tone of the entire debate. Whatever was clearly stated in Scripture was, in his eyes, open to any interpretation but the obvious one. While he “believed” everything in the Bible, his view was that any attempt to impose an interpretation on it is unavoidably faulty.

It seems to me that if Scripture doesn’t mean what it says, then we and our “teachers” and guides can make it mean what we want it to mean, depending on what the trend and thinking of the day is. With this attitude, truth, even in the church, is being attacked or masked, and the unwary and imprudent are fooled.

“The Independent” on 28th October of 2014 relayed the message from the Pope that God either can’t tell the truth or doesn’t mean what he says. Pope Francis declared that:

Speaking at the Pontifical Academy of Sciences, the Pope made comments which experts (note the impressive “experts” word) said put an end to the “pseudo theories” of creationism and intelligent design that some argue were encouraged by his predecessor, Benedict XVI (1).

Can I hear the funeral march? It’s the death of truth, or at least, the attempted murder of it. Is not the Biblical record one of miracles? Does scripture not declare that Jesus Christ said “with God all things are possible”? Why would anyone want to head a religion which has no divine power or wisdom but only human knowledge? 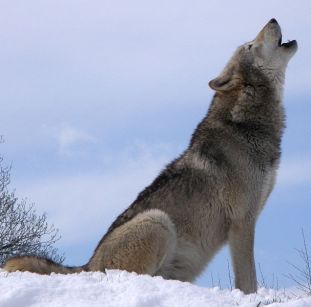 A recent guest on a certain nationwide Christain radio talk show (another “expert”) chewed and spat out the Bible’s six days of creation. He claimed that the first verse of Genesis chapter one, “In the beginning God created the heavens and the earth”, is not a part of the following six days of creation, but is separated from them by who knows how long: perhaps billions of years. While the famous female host fell over herself agreeing with him for thousands of people to hear, my mind went to Exodus:

“Six days you shall labor, but the seventh day is a Sabbath…For in six days the Lord made the heavens and the earth, the sea and all that is in them, but he rested on the seventh” (Exodus 20:11).

This very plainly-worded verse directly contradicts what Professor X had said, because in it the Lord-not just Moses- declares that everything, including the heavens as noted in Genesis 1:1, was created in six days. There is no word about any billions of years gap between the creation of the universe and the creation of life on the earth: it’s been inserted by those who just can’t stomach the idea that secular scientists-unbelievers-could be biased and wrong.

The guest went on to explain why he thinks that the days are not days at all. The Bible “says” days-evenings and mornings and all, but it doesn’t “mean” days.

Well, thank you for enlightening me oh great one, because of-course God is incapable of getting it right or making himself clear. We need high priests like you masquerading as believers to straighten us-and Him-out.

Admittedly Professor X is scientifically indoctrinated -I’m sorry, I mean “educated”- and we peons are not. But then, so are others scientifically trained, others who actually believe that God can tell the truth and that He created in six days.

For example, I’ve been reading some tremendous articles by the Institute for Creation Research’s Nathaniel T. Jeanson. Jeanson has a PH.D in Cell and Developmental Biology from Harvard University. Other well-educated people also believe the Word of God and don’t feel the need to correct it, such as Dr. Vernon R Cupps, who received a PH.D in nuclear physics from Indiana University  (2).

If we really want to please the atheist and the agnostic we will say that there is no God whatsoever, because this is all they will settle for. Don’t expect me to live in that land of wishy-washy hypocrisy.

Lots of people are waiting to get to heaven to ask God, “How old is the earth really?” God may well answer, “It is written…”  (Matthew 4:4). Who then will have the nerve to say, “I know that’s what it says, but what does it mean?” 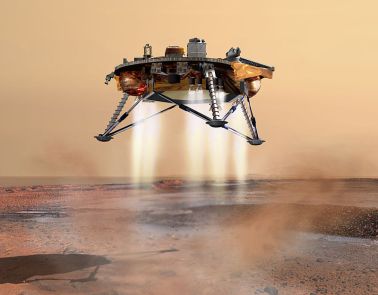 WHY DOES IT MATTER?

“Why does it matter?” I can hear some people ask. My answer is that if you’re really believing in the Biblical God for salvation and for your heaven, where are you going to get your basis of authority for that belief from? If the Bible doesn’t mean what it says, how do you know there’s a Jesus, or a heaven, or salvation, or forgiveness from your sins, if it’s all dependent on the “experts”, many of whom don’t believe anyway, and if the secularists and evolutionists are right?

So unbelievers like Dr. X can take a hike so far as I’m concerned: I’m going to believe the plain statements of the Bible, and not look for some way of bowing to the wisdom of man.