A regular charge made by people wanting us all to abandon our principles, our morals, our faith and our hope in God is that “religion is the opiate of the people”, one of Marx’s little nuggets of wisdom (irony intended). The charge is (and always was) aimed squarely at the Christian world. It’s rarely aimed at, for example, Islam, since liberals, progressives and extreme leftists have made themselves friends of said religion, though how the two fit together I cannot figure out for the life of me. 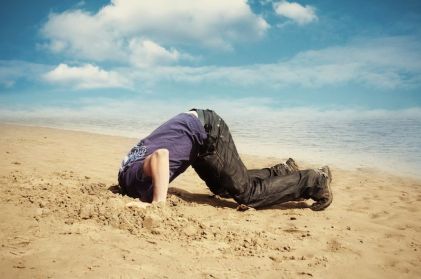 It’s a ridiculous accusation. Admitted, the Roman Church worked to own and rule the people of Europe for centuries, persecuting believer and unbeliever alike. But the most truly Christian nations-while far from perfect-have been the freest and most prosperous nations. Those who’ve attempted to purge religion from their midst have brought the greatest misery on their masses, particularly the poorest who they claimed to be helping: the Soviet Union, Pol Pot’s Cambodia, Mao’s China, North Korea today, and many more. Furthermore, no-one in the Christian world is forced to be in it: we’re in it because we want to be.

I’ve been both sides of the faith-divide: I’ve been a rampant hedonist with no principles or beliefs whatsoever, and I’ve been a Bible believing Christian, and I can say without reservation that I would far rather be where I am now-within the Christian fold. I’ve never been coerced into attending church or into believing anything, and having faith and hope in God and Jesus Christ only enriches my life and cleanses me from some of my own destructive tendencies.

I know I’m going to tread on many toes here, but I’m going to say it anyway: the real “opiate of the masses” today is entertainment-the kind which liberals and progressives, along with many on the other side of the political spectrum, themselves produce and are addicted to. I see multitudes of people who give up their lives to park their ever-growing rear-ends on the lazy boy, to forego real-life experiences and physical and spiritual health, and to absorb whatever rot oozes out of their TV for hours on end. Gaming is also huge now. People are immersing themselves into fake worlds because they can’t bear the real one, or because they’re too lazy to live a real life and to actually communicate with people face to face, intelligently.

While our world is being ushered into globalism, (notwithstanding the attempts of Trump to reverse the trend) which will never produce any kind of utopia except for the scheming elite who suck all our money away, the masses are compliantly and submissively sticking their heads in the sand of unhealthy entertainment.

Don’t get me wrong, I’m not saying that all entertainment is evil or wrong: it isn’t. But just as people always get that phrase about money from the Bible wrong, saying,”Money is the root of all evil”, when the Bible actually says “The love of money is the root of all evil”, so it’s the total immersion in, obsession with, love for and addiction to entertainment which is draining the life out of millions of people, while the pushers and the pimps work to bring about their desired political and social goals.