Evolutionists are selective about the terms they use. While telling us how incredible is the makeup and working of our world, they’re very careful to avoid the possibility of us thinking that there’s anything more to life than chance and matter. If you’re looking, you can see them at their work of hiding truth… 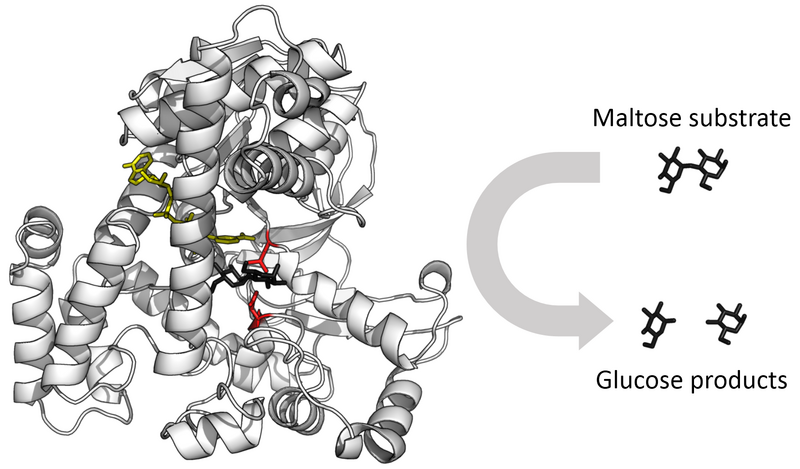 I’ve shared with you before a few of the insights I’ve gleaned from a radio documentary series, published by the BBC* Among its varied subject matter the Beeb’s science and evolution broadcasts are most illuminating, being not only  informative when it comes to real scientific facts, but also giving a surprisingly candid view of the attitudes and thinking processes of evolutionists. They unwittingly expose the incredible lack of evidence for core evolutionary theory.

In the latest program I enjoyed, I was first amazed by the diversity and importance of enzymes. Enzymes are molecules within all of life and the material world which allow vital chemical reactions to take place, and/or which speed them up to the point that life is possible on earth. Without these complex molecules, there could be no life. Therein is yet another of those many incredible conditions present in our world and our universe, which make life such an astounding miracle.

Secondly, I was amused when the host of the documentary made what turned out for him to be an embarrassing error. He made the mistake-that is, in the eyes of the learned panel of evolutionists-of suggesting that the entire make-up and abilities of enzymes sounded “intelligent”. This little slip cost poor Melvyn not a little face and diminishment in the eyes of his guests, who immediately dismissed his impertinent  outburst.

But the end of the podcast proved to be even more enlightening. Here, material not included in the original broadcast was tacked onto the end of the podcast I acquired, in which the panel believes that the show is over, and they can discuss more freely the subject matter and whether they want tea or coffee. In the extra time the host is, more politely, upbraided again for even mentioning the possibility of  intelligence in the discussion of enzymes, or of anything else.

One of the panel tells our host that the enzyme which makes possible the use of normally un-reactive carbon dioxide molecules to produce sugars and oxygen, was “invented once”. Who invented it, the listener might ask? It was invented, he said, by evolution. It was invented in bacteria, and then it was shared with other organisms. Of course, you can’t go to any museum to see a fossil or any record of this invention taking place, and you can’t get a video of natural processes inventing the enzyme, because it doesn’t happen now. It happened only “once” in the history of our world. But if the expert says that this invention was all down to evolution, it must be true, right? We have to have faith: faith that it happened, and faith that the evolutionist’s motives are totally sincere, his knowledge born of omniscience, and his conclusions faultless.

It may have happened hundreds of millions of years ago, before anyone was around to see it or to film it, and there may be absolutely no record of it happening, but we have to believe it, because the priests of the religion of our day-evolutionism-have pronounced it so. Natural processes did it, they say: not God.

How do they know that? The answer is that they don’t. They weren’t there, they have no record of it, and they can’t watch it happen naturally in the lab, because it doesn’t happen. But it “must” have happened, they tell us. Why? Because the only way to get rid of God is to invent another way for life to arise from nothing.

The expert went on to tell of another enzyme which takes nitrogen-an un-reactive element-out of the air and creates ammonia NH3, which fertilizes plants. As he said, its one of the most important chemicals in our world. Again, he said it was “invented once”, and only once, because the chemistry is “so difficult”. This invention was luckily passed on from bacteria into plants. Phew-lucky indeed!

The enzyme which causes water to release oxygen uses a process which, he said, “we still don’t understand”. This enzyme “was made once in the whole of earth’s history”. It got made “by chance, at the beginning”, he said.

Well, what a bit of luck eh? All those singular and indispensable inventions coming about on one planet! And to think that if any one of them had not occurred, we would not be here! Notice that the great god “Chance” created this enzyme, “at the beginning”. It sounds almost Biblical, except that it’s an insult to the real creator of all things.

Another evolutionist joined the conversation, eager to prevent Melvyn from using that nasty “intelligence” concept again:

“This is one thing that we’re always very ca.reful of when we’re talking in the public sphere, because this idea of intelligence is very seductive”. He said that he often talks about it with colleagues, but he said that they are “very careful not to use it in the public sense”. “We have to be very careful that we don’t go into intelligent design, because that’s nonsense”, he said.

Here is quite an admission, but “off mic”, so that we, the ignorant rabble who have no right to decide for ourselves how life came about, don’t get the wrong idea. He admitted that “When you think about them (enzymes) they are beautifully designed”, but he doesn’t want you or I to think that way, because then we might come to the conclusion that if there is beautiful design in all of nature… there must be a designer.

*IN OUR TIME: ENZYMES, hosted by Melvyn Bragg, BBC Radio 4.