WHO ARE THE SAINTS OF REVELATION CHAPTERS 4 TO 21?

There are “saints” in the Tribulation – we read about them being persecuted by Antichrist, the dragon, and unbelievers. For an example, see Revelation 14:11-12. The question is: who are these saints? Pre-Tribulationists claim that they are not Church age believers, but some other form of saint, perhaps specially anointed Messianic Jews, or Gentile believers saved after the Rapture. I commented on the “end of the Church age” in part 1, so please refer to that for a complete understanding of part 2.

In truth, the same Greek word translated “saints” is used throughout the New Testament, and it doesn’t change after Revelation chapter 3. Saints are saints. Not only that, but the Tribulation saints are “faithful to Jesus” (Revelation 14:12). How can they not be Christians? Alright, they are not called “Christians” by John, but then, John did not use the term “Christians” anywhere else in Revelation, including Christ’s letters to the churches (and neither did Jesus or the angel), or in his epistles, or in his gospel. The word “saints” is, however, used many times throughout the New Testament for Church-age believers, for example:

Antichrist will make war against the “saints”- and not the “churches” – because his design is not just to eradicate organized gatherings, but to wipe out believers completely:

“He was given power to make war against the saints and to conquer them…This calls for patient endurance and faithfulness on the part of the saints” (Revelation 13: 7a and 10b).

Famous “last days” prophecy teachers speak and write about the “Mother of Prostitutes” of Revelation chapter 17 as though she had been killing saints (and the scripture doesn’t say “churches”) over the two millennia since Jesus was on earth. The corrupt church and false religion has persecuted saints down through history, they say. Alright, if this is true (and it is), then the “saints” killed by the Harlot are regular Church-age believers, are they not? So what makes them any different from the “saints” mentioned in other places in Revelation, such as those who are called to patiently endure, in 14:12? 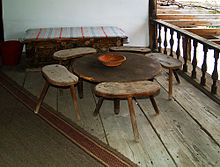 THE SAINTS WHO BORE TESTIMONY TO JESUS

Why would we think that it’s just “coincidence” that the same term applied to those killed by the Antichrist:

…AND is applied to John and his companions by the angel relaying the revelation:

“I am a fellow servant with you and with your brothers who hold to the testimony of Jesus” (19:10).

ISRAELIS ARE NOT THE MARTYRED BELIEVERS OF REVELATION

It’s not accurate to see the saints of Revelation as the people of Israel or the 144, 000, because they are seen to be separate in the dragon’s persecution of them. When he fails in his attempt to wipe out Israel in chapter 12, (and this is long after the beginning of any seven year period-verse 14), he turns his efforts to trying to wipe out Christians instead:

“Then the dragon was enraged at the woman and went off to make war against the rest of her offspring-those who obey God’s commandments and hold to the testimony of Jesus” (12:17).

Thanks for reading part 2.  Part 3 will appear soon.