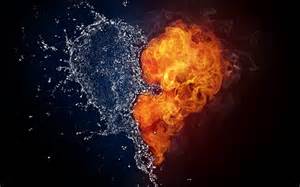 I’m working on an attitude problem which threatens to drag me down to the lowest depths of human nature. The very same problem challenges all of us at some time or other, and it’s not something we can ignore. If you think you aren’t guilty of the same problem, you could be one of the worst offenders.

I hope you live in a friendly part of the world – I don’t. Most people here are unwilling to even say “Hi” unless they have to. You have to qualify for a “Hi” or a nod, or a smile if you are highly qualified. How does one qualify for such a difficult gesture? One has to either look wealthy, macho, handsome or beautiful. One has to be known to have a position of power or influence. One has to live in the right part of town or drive an expensive, impressive car. One has to be “kool”.  Since I fail to meet any of those qualifications, I rarely see a face full on. That may be a blessing in disguise, because Medusa lives here, as do many of her clones.

I was once known by some of my friends as “Smiler”. When I came to live here I learned not to smile, because if people saw me smiling they looked at me as though there was something wrong with me. People thought I was crazy, or the men thought I was gay, and the women thought I was trying to make a pass at them. Only the beautiful people are supposed to smile these days.

Having done all that whining, I want to introduce you to two young women who are not of the above ilk. For their protection and security I will name them “Jane” and “Jill”. Jane and Jill are friends (only). They are in their early twenties. They both have a weight problem, and Jill is already suffering some major health problems because of her obesity.

Jane and Jill are not achievers. They have no degrees or formal qualifications. They have no money to speak of. They don’t own their own houses, and as far as I know they don’t own cars, instead they have to get a ride wherever they go. I believe they are technically designated as “special needs” people.  They would not be considered remotely pretty or beautiful or sexy by the world’s standards.

I became acquainted with Jane and Jill in my work a few years ago. We spent quite a bit of time in the same space. Since then, I’ve bumped into them on several occasions. Without fail, as soon as they see me, they immediately burst into big grins, yell out my name at the tops of their voices no matter where they are, and express their pleasure at seeing me. They have no prejudices, no list of qualifications for me to meet, no snobbery, no reservation, and nothing to gain from me. They are at once genuinely warm, loving, and friendly.

THE LIGHT OF THE WORLD?

I dearly wish I could say that people in the church are like Jane and Jill, but apart from a few exceptions, they really aren’t, they are exactly the same as those outside the church (and  the “true” church is no better). The level of snobbery is astounding. I think it was Spike Milligan who once wrote of someone that their nose was so far in the air that if they went outside while it was raining they would drown.  We Christians are supposed to be a light of hope to the rest of the world, but we consistently fail to remember  the words of Paul, who said:

“Without love I am nothing”

We swagger in and out of the church, so concerned with our image, and with that of those around us, that we do not love, except those we are already close to or who meet our qualifications. By the standards of the apostle who turned the world upside down, we are nothing.  God judges by a different set of standards to us. Humans look at the outside, and at what a person possesses or has achieved, but God looks at the heart (1Samuel 16: 7). Not only does he look at the hearts of men, but he tests them to see what we are really made of:

“The crucible for silver and the furnace for gold, but the Lord tests the heart” (Proverbs 17: 3).

What does he discover when he tests us? It’s important, because:

A person can be outwardly beautiful, rich, powerful, successful and magnetic, but these things mean nothing to God. What matters to Him is love and kindness. That love and kindness must be for all people, not just for the beautiful and the familiar

“Suppose a man comes to your meeting wearing a gold ring and fine clothes, and a poor man in shabby clothes also comes in. If you show special attention to the man wearing fine clothes and say ‘Here’s a good seat for you’, but say to the poor man ‘You stand there’ or ‘Sit on the floor by my feet, have you not discriminated among yourselves and become judges with evil thoughts?” (James 2: 2-4).

Somehow I – we – need to find the grace to forgive peoples’ attitudes and coldness, or we will be exactly like those we have been offended by, and Jesus said:

“If you love those who love you, what reward will you get? Are not even the tax collectors doing that? And if you greet only your brothers, what are you doing more than the others? Do not even the pagans do that?” (Matthew 5: 46-47).