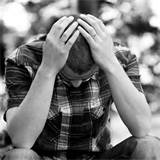 I once was involved as a musician in a professional tour of a popular rock musical. It was based on gospel parables, complete with performers representing Jesus and his disciples. The Jesus of the musical was a hippy-like guru with a band of admirers. He wasn’t the Son of God, and he didn’t die for our sins.

One of the songs was called “Beautiful City”. It had a terrific melody, and it was one of those easy-to-sing-along-with songs which makes you feel warm and fuzzy all over.  What I didn’t notice or realize at the time, being a non-believer-and I suspect most of the audience was unaware of it- was that rather than being a Christian song it was really a strong dose of humanistic ideology, being surreptitiously poured into our sub-conscious without any threat of question or analysis, since most people are totally unaware of Biblical theology on such subjects.

In the early 5th century AD Augustine, a famous Church “Father” wrote a book of Christian philosophy which when translated from Latin is titled, “The City of God Against the Pagans”, or simply “The City of God”. The book played no small part in shaping Western civilization.  The Church, argued Augustine, should be concerned with the Heavenly city promised in Bible scriptures, and not with earthly politics or earthly pleasures. He saw all of history as a conflict between what he called the City of Man and the City of God, a conflict destined to end in victory for the latter.

What “Jesus” was singing so lustily about in that 20th century musical was an earthly city. It was most likely intended to be a direct contradiction of Augustine’s philosophy:

Oh yes we can

And call it the city of man”

Of course, the writers of the musical must have read the gospel accounts in order to use the parables of Jesus to make their fortune. But they must also have intentionally ignored numerous passages of scripture, such as this one, where Jesus said:

My purpose here is not to offer an incredibly late critique of the musical or of the song, but to express amazement that people even now – especially now – are thinking that they can build a beautiful city, a wonderful humanistic society, without God. They are working very hard on it. Some of them will send me angry, critical comments upon reading this post. There are millions of people who desperately want to rid the world of God and of gods, and they think that by so doing they will create a happy society of citizens, free of mental illnesses (caused by religion, they say) and prejudices. Everyone will be jumping for joy, hugging each other, and rolling in prosperity. This was the claim of Marx and all who fell for his lies. They thought that by eliminating God, and if necessary, all those who wanted to believe in God, everyone who survived the purge would be too happy and prosperous for words.  History shows abundant evidence of the fallacy of that notion. See my series “War, Religion and Atheism” for some documentation.

Since prayer was outlawed in schools in the US, and since atheism has become the state-sanctioned religion (along with Islam), and since abortion has become the new contraception, we find that more people now die of suicide than by car accidents, according to the US Centers for Disease Control and Prevention (1). To my mind, just the road deaths alone prevent our society from being any kind of Utopia (over 32,000 in the US alone in 2011- note 2). Ask any of the family members or survivors how they feel about it.

Currently, 2.2 million people are locked up in the US alone (3).

If you begin to consider the multitude of societal, medical and personal problems we have you can find yourself becoming fearful and depressed. There is no real answer without the intervention of our Creator: why would we want there to be no Savior? Why do we not seek God but instead welcome the insistence of the “experts” that there is nothing but death to look forward to? Why should we want to be without hope?

Read what the Bible has to say about the City of Man and its determination to live without God:

“Why do the nations conspire and the peoples plot in vain?

The Kings of the earth take their stand

And the rulers gather together against the Lord and his Anointed One.

‘Let us break their chains, they say, and throw off their fetters’.

Whereas humanism believes human nature to be basically good, and only needs the right conditions to bring out its goodness and produce a perfect world, the Bible’s view is totally opposite:

In the sight of God, human nature is far from good, and that applies to  all of us. We need His nature within us to be what we should be: we need to be “born again”. Not only that, but left to ourselves, there can be nothing but trouble for humanity:

“But mark this: There will be terrible times in the last days. People will be lovers of themselves, lovers of money, boastful, proud, abusive, disobedient to their parents, ungrateful, unholy, without love, unforgiving, slanderous, without self-control, brutal, not lovers of the good, treacherous, rash, conceited, lovers of pleasure rather than lovers of God-having a form of godliness but denying its power” (2 Timothy 3:1-5).

Ultimately, only the return of our Creator to the earth is going to stop mankind from totally destroying itself:

“…then there will be great distress, unequaled from the beginning of the world until now-and never to be equaled again. If those days had not been cut short, no one would survive, but for the sake of the elect, those days will be shortened” (Matthew 24:21-22).

It’s right (and godly) for all of us to make the world we live in as pleasant as we can for each other. But the only “beautiful city” will be the one built by God, for his creation (Revelation chapter 21) in which God himself will be the only ruler. So don’t expect your politicians, philosophers or scientists to make one.

4 thoughts on “BEAUTIFUL CITY: WHERE IS IT?”