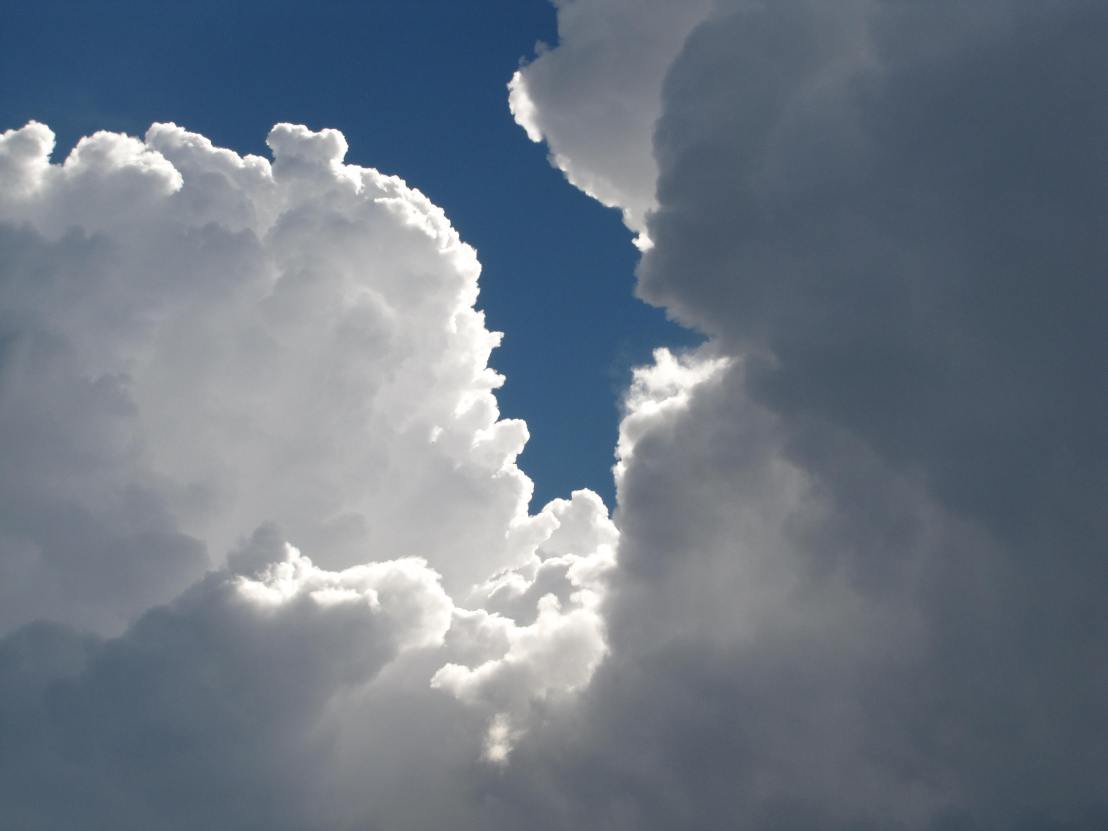 IS THE SECOND COMING LATE?

When I became a Christian over thirty years ago, I was expecting to be “snatched up” in the Rapture of the Church at any moment. I had read and re-read Hal Lindsey’s “The Late Great Planet Earth”, digested every word, and  began to study world history and current events with passion and vigor, just as probably millions of others did upon reading his book. According to Hal and several other prophecy teachers, the “stage was being set” and made ready for the major actors of Bible prophecy to venture forth and fulfill all that was written.

Please don’t get me wrong, I have a lot of respect for Hal Lindsey. I believe he’s a genuine man of God. However, here we all are, about forty-five years after “The Late Great Planet Earth” was written, and the stage is apparently still being set. It’s no wonder that many people, when you mention the Second coming, will say words to this effect:

“People have been talking about that for a long time…”

I’ve been through some pretty big challenges to my faith in thirty-two years.  I look around at the world I live in, and I see all the suffering and evil that there is, and I see what a struggle life can be, and what a struggle it is for many millions of people around the world, and I want some real, hard answers, as do many others.  I have no trouble believing that there’s a God: the alternative, the theory of the evolution of life from rock, is ridiculous (and where did the rock come from?).  I have no trouble believing that the Bible is true and that the gospel is true: men don’t give themselves to persecution as the apostles and the prophets did for something they know to be false. I have no trouble believing that Christ died for my sins: the gospel makes perfect sense to me, and I’ve experienced the presence and the work of God in my life. But sometimes, I have to admit, I’ve said out loud (very loud sometimes), “Where are you Lord? Are you going to do anything about this sick world of yours, or did you give up on it and leave it for another galaxy?” 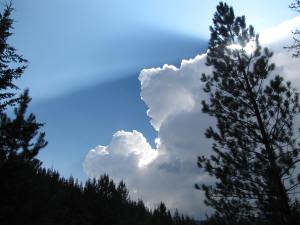 So the only remaining question is, “when?”

Here is my own way of understanding the timing issue. I imagine a hair-pin shape as an intersection on a graph. One line represents what the Bible says about “last days” things: what will happen and how. The other represents actual events in our day, and those in the past and in the future. Intersecting lines are not parallel: they will meet at some time in the future. But since the only mention of actual time periods the Bible gives us concern the very last seven years before Christ’s return, and parts of that period, there is no clear time scale that we can apply to the rest of the graph – the part of the intersection we’re in now. There are only Scriptural pointers and clues to the kind of world that will exist at the beginning of the seven year period, and it’s my opinion that the two lines are obviously getting close together in our generation. That is, certain events and conditions in our world mirror those Scriptural pointers and clues, to give me the sense that the meeting point of the intersection cannot be far off. As time goes on the convergence will become more noticeable-to those who are looking. The passing of time does not make our view of the intersection fade – it makes it clearer.

The mistake which Bible prophecy-watchers of past centuries made was in isolating some prophecies, and trying to apply only those to what they saw around them in their day. This is understandable: they were unwilling to imagine that the return of Christ depended on events and circumstances which would clearly not transpire in their lifetimes. They wanted a quick fix to their sufferings and their mortality.  For example, the persecution of European believers carried out by the Roman Church seemed in that day like the clear fulfillment of passages of Revelation, and the Pope a dead ringer for antichrist or the false prophet. What they did not want to consider was that the fulfillment of most of the  important pieces of that prophetic “puzzle” were nowhere in sight.

The mistake that Hal Lindsey and others have made, and which I have made, is in seeing the lines of our intersection coming together, and then expecting and wanting those lines to meet sooner than they actually will. It’s an honest and sincere case of over-excitement, causing premature or faulty judgment-perhaps not such a bad thing since we are supposed to be “longing for his appearing” (2 Timothy 4:8)..

What else can we expect from skeptics but skepticism? Christ said that the events of the Last Days are going to come upon the world like a trap (Luke 21:34-35). Peter warned of the prevailing attitude of unbelief in that time:

“…in the last days scoffers will come, scoffing and following their own evil desires. They will say, ‘Where is the coming he promised? Ever since our fathers died, everything goes on as it  has since the beginning of creation” (2 Peter 3:3-4, and read further).

Here are some more things professing Christians will say about the Second Coming:

“We aren’t supposed to think about such things”

“Nobody can understand the prophecies”;

“If you’re too heavenly minded you’re no earthly good”.

To such comments I will reply with the words of Scripture:

“When he appears we shall be like him, for we shall see him as he is. Everyone who has this hope in him purifies himself, just as he is pure” (JOHN, 1 John 3:2-3);

“Therefore, keep watch, because you do not know on what day your Lord will come. But understand this: If the owner of the house had known at what time of night the thief was coming, he would have kept watch and would not have let his house be broken into. So you must also be ready, because the Son of Man will come at an hour when you do not expect him” (JESUS CHRIST, Matthew 24:42-44);

“Now there is in store for me the crown of righteousness, which the Lord…will award to me on that day-and not only to me, but to all who have longed for his appearing” (PAUL, 2 Timothy 4:8);

There are plenty more similar references I could give. 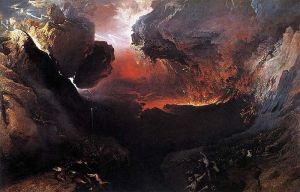 THE “IF”s OF THE PROPHECY TEACHERS

We commonly hear words of vagueness preceding predictions, such as “if”, “probably”, “could” and “likely”. Even worse are the predictions of certainty which are totally un-Biblical and which never come to pass, even including date-setting. Some people have lost faith, hope or interest in the Second Coming due to the expectations given them by teachers who have thereby made their names and perpetuated their ministries and careers.  Claims can often be just guesswork: questionable or fanciful interpretations of Bible imagery, shaky extrapolations, or predictions of political events or technological trends which may or may not happen and which really have nothing to do with Bible prophecy anyway.

Self-professed “experts” or “prophets” can say the most outrageous things, sometimes out of ignorance or over-enthusiasm, and sometimes for the motive of making money. One of the silliest claims I’ve heard in my time was that Prince Charles is/was the antichrist. Almost as silly was the claim that there were aliens – demon spirits disguised as humans – running the Whitehouse (though that one is quite thought-provoking).

Other claims of prophecy fulfillment are simply sincere but highly questionable and unfounded. For example, one I heard recently was that some of the “trumpet” judgments of Revelation were fulfilled by the likes of Saddam Hussein. Another is that  “God foretold the United States’ “Declaration of Independence”. Such claims involve the stretching of Scripture to an unrecognizable degree.

There have also been outright inventions or fabrications: lies.

Plenty of people are willing to believe such claims. In fact, multitudes gravitate towards the sensational without taking the time to scrutinize. Such things unnecessarily discredit Bible prophecy in the eyes of thinking people and, eventually, in the minds of the more gullible.

I’ve had enough of the nonsense and the vague and the unreliable and the fabricated. I want truth and substance, as many people do.

It’s my intention in this series to avoid the “coulds” and the “ifs’ of Bible prophecy as much as possible, and instead to clarify what we can clearly know and expect according to the actual prophecies and not the speculations and the ramblings of men.  There really are some very clear indications that the”Last Days” are near. I’ll endeavor to admit when I’m giving my own opinion. In fact the final part of my series will likely consist of personal expectations: you can take them or leave them, but please do not consider them to be prophecies – they will only be my ideas and surmising. I have nothing to gain from this – no money, no fame, no book or DVD sales.

Part 2 will consider some of the prophecies…