Have you been intimidated into thinking that if you were to confess to believing that God created, you would be the odd one out, and the object of universal scorn and derision? 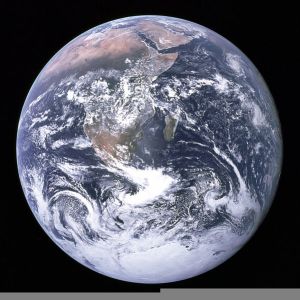 More broadly, some 78% of Americans today believe that God had a hand in the development of humans in some way, just slightly less than the percentage who felt this way 30 years ago.

I’M PROUD TO BE A WACKO

In my country of origin, UK, it’s a commonly held view that the majority of Americans are “religious”, that the US is the home of the Christian Fundamentalist wacko, and that it’s therefore not surprising that so many people are “ignorant of the facts”, as represented in the Gallup poll.

I’ll put it a different way: the United States is the last Western country to abandon its faith in God, and despite all the determined efforts of the evolutionist to indoctrinate everyone, many Americans have a lot more savvy and independence of thought when it comes to faith, and aren’t so easily swayed or brainwashed by those determined to get rid of the Christian God. On top of this, the creationist and Intelligent Design ministries can thrive in the US, whereas there is a lot more political, spiritual and social opposition to such ministries in Western Europe.

The common and acidic charge that creationists are ignorant and stupid is just a smoke screen designed to hide the fact that while they are fewer in number and don’t get massive government funding and secular media backing as the priests of Darwin do, Creationists are in many cases as well educated, credentialed and informed as evolutionists. It’s a matter of world-view, not one of who is most intelligent.

It’s odd to me that so many people in the West can be aware or suspicious that the news media, the entertainment industry and the education system may misinform them on many leading issues, such as the Iraq war for example, yet they can’t put two and two together to consider the possibility that they are similarly misinformed on such issues as origins. As Mark Twain said, “If you don’t read the papers you’re uninformed; if you do you’re misinformed”.

When I was at school (in the UK) I was taught that the present is the key to the past: uniformitarianism. If that’s the case, where are the dinosaurs? Even evolutionists will tell you that they somehow became extinct, and probably catastrophically at that. All we find in the present as a “key” to the dinosaur is some bones and fossils, preserved only because they were buried in sediment quickly in some disastrous event like…a flood.

When I was at school I was taught a grotesque fairy story of “embryonic recapitulation”- the idea that human embryos go through several stages of “evolution” in the womb in just nine short months. I can remember seeing a picture of a human embryo in my text book with “gill slits” drawn in. This “fact” has been shown to be false http://www.icr.org/article/do-people-have-gill-slits-womb/ although remnants of the claim are still pushed in some text books.

I was shown pictures of mollusks past and present. For the life of me I could not see that there was any meaningful difference in the mollusks of “tens of millions of years ago” when compared with those of today. They were mollusks then, and they are mollusks now.

I was taught that it takes millions of years for a river to carve a canyon, and that we know it by observing the present rates of erosion. I wasn’t shown any examples of catastrophic erosion, such as that which during the 1980 eruption of Mt. St Helens carved a canyon through hundreds of feet of solid rock in a matter of days (see note 1).

I wasn’t told about finds such as whales in the deserts of Africa and South America, as noted in this evolutionary tale covered by the BBC in which the possible explanation of a flood of Biblical proportions is entirely ignored:

“The creation of Africa had a surprising impact on evolution. Scrambling up the sides of the pyramids of Giza in Egypt, Iain finds small marine creatures that reveal that this part of Africa was once a shallow sea that formed when Africa was created. And within the arid Western Desert, he reveals 17m long skeletons of early whales buried in the sand. These skeletons reveal how land-dwelling mammals were lured back into the shallow seas created by the birth of the African continent, leading to the evolution of whales” http://www.bbc.co.uk/programmes/p019bctl

Whale fossils have been found in the deserts of Chile and Peru (note 2), and finds of marine life inland are common around the earth. Of course, the explanation of past oceans is given, but entire schools of whales don’t suddenly get buried in a uniformitarian ocean.

I was told the universe was 16-20 billion years old (give or take a few days), and now it’s something like 13 billion.

I’ve been to the natural history museums and seen a few fossils or bones, but no actual evidence that one creature turned into another one-just conjecture and artist’s impressions.

I was taught that the Stanley Miller experiments proved the evolution of life from non-life in some prebiotic soup. I later learned that Miller only produced a few amino acids from predetermined chemicals…not life at all. I’ve seen the great Richard Dawkins on video admit that “we don’t know” how life formed from non-life (thus debunking the Miller life-from non-life claim), and offering the consideration of “pan-spermia”, which is, simply, the idea that life so obviously could not have evolved from non-life in the “short time” that the earth has been here that it “must have” come here from another part of the galaxy (NOTE 3).

How often do we see headlines stating that experts will have to “fundamentally rethink” our understanding of human or other origins due to some new find?

The “facts” change, so often in fact, that it really doesn’t make sense to fully accept any of them. It makes much more sense to me, observing the beauty and incredible intricacy of life, to be among that “ignorant” forty-six percent which is prepared to take God at his word:

“In the beginning God created the heavens and the earth” (Genesis 1:1).

3 thoughts on “CREATION: YOU ARE NOT ALONE…”