I’m frequently amazed by the many people who associate themselves with the Christian faith, who perhaps attend church regularly, who consider themselves to be good citizens (and may well be) but who have no other guide or authority for their life and way of thinking than their own judgment and opinions… 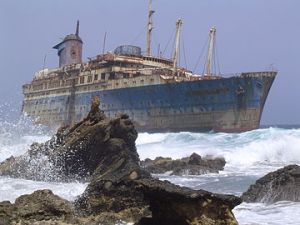 If you were to conduct a survey even in many American churches, you would probably be able to catalog at least dozens of different definitions of God, salvation, good and evil and heaven, if those surveyed believed anything at all. You could enter a large, apparently successful church service which would give all the appearance of a “religious” gathering, and witness varying forms of alleged worship, “messages”, rituals, expressions of faith and even prayer. But in one-on-one interviews you would learn that a considerable number of the congregants believe all sorts of things their forefathers wouldn’t even have imagined. These include the ideas that aliens seeded life on the earth, that all of life evolved over billions of years, that Moses and the Israelites crossed a shallow stream while the wind just happened to blow the water in a favorable direction, that Jesus Christ was only one of a long series of teachers, avatars or prophets, that he married Mary Magdalene and moved to France to raise a family and grow some grapes and garlic, and that heaven will be the home of everyone ever born including Adolph Hitler.

Churches and their leaders, even in some evangelical circles, have gone in much more for the “feelgood” factor in recent decades: a humanistic, positive-thinking type of ambiance, and much less for the conviction that God has spoken, and that his message has been recorded for our benefit in a collection of books known as “The Bible”.

Many Christians buy into the world’s way of thinking because they’ve happily given up the notion-without any guidance to the contrary-that whatever God there may be could actually have a set of standards for us to live by. And while we don’t necessarily need the old “blood and fire” preaching all the time in the twenty-first century, we certainly do need to be led by ministers who want us to know that God has laid his heart bare so that we can be sure of the way to Life, not by those determined to tickle our ears, entertain us, affirm us in our sin, and move us to part with lots of our money.