What do you do when you’re down and troubled? Do you cuddle the dog? Do you put the TV on? Do you pop a pill or light a joint? 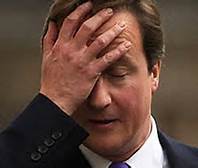 We’ve probably all had someone tell us when we’re down that there are people worse off than us. That’s supposed to cheer us up. But as a 20th century British comedian, Peter Cook, observed, that just makes us feel bad about the other people as well.

One thing that’s helped me in recent times of feeling down is facing up to the fact that I’m feeling down. And with it I’ve also found comfort in the fact, after all, that others are suffering. I’m not saying that it’s a good thing to suffer, and I’m not saying that we should wallow in our trouble, or that we should not cuddle the dog or do something to “shake out of it”. But there’s a very real sense in which knowing that humanity is born into trouble and suffering, and that just being alive exposes us all to the consequences of being in a fallen world of nature and people…is half of the cure. It’s normal. It’s not an aberration to be down and troubled: it’s natural. It’s part of who we are. It’s life. It’s reality. It’s what humans do.

The other half of the cure (the subject of the third part of my “dark side” series, still to come) is stated clearly in this New Testament quote from Jesus Christ:

I have told you these things so that in me you may have peace. In this world you will have trouble. But take heart! I have overcome the world (John 16:33 NIV).

By facing up to the reality of our human plight, we can also find the answer to it, in Jesus Christ.