Acknowledging that there is a real virus out there…one of many… my own expectation is that fear of Covid-19 will continue to be pumped up to fever pitch until after the election in November. 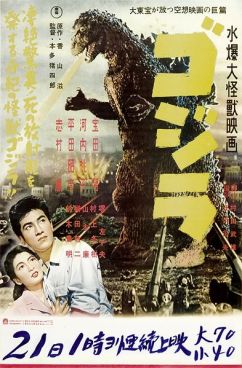 After that, look for considerable deflation, courtesy of a totally biased news media, were the Democratic party to succeed, and alternative “crises” to arise no matter which presidential candidate gets elected. Crises are perfect tools with which the governing classes (which now include the news media) gain more and more control over people, and in the wrong hands (which is most of them) more and more taxes. If Trump wins, the crises will consist of continued lies and slander against him and his followers. In the longer-term future, look for the Christian world to be blamed for all the evils of society.

Just how did the virus manage to arrive, as if on-schedule, right after the latest in a series of political “crises” which began in election season four years ago? Following the attempted impeachment of Trump, we barely had time to catch our breath before we were being told to hold it in with masks: masks which will not stop a real virus entering your eyes or even your nose unless you have the prescribed medical kind.

Where does hatred for Western values come from anyway? And no, I’m not changing subjects. All kinds of commentators attempt to pin down the reasons for current rabid attempts to demolish all that the US and the West is founded on: it’s slavery, its selfish capitalism; it’s America’s abuse of other nations; it’s misogyny;  it’s the Constitution…

In my opinion, these are not the ultimate, core reasons for all that we see going on: the core reason is the rejection of the ways of God.

So as an ex-socialist myself, and one who has lived a life unworthy of the Lord I now profess, I am the first to admit that the West falls far short of the ideals which we all wish to see. After all, we are all human- there’s no perfect system because there are no perfect humans. All we can do is our best, and attempt to improve. The United States is, unless the rebels succeed, that best. Everyone has a chance to better themselves, and everyone has the chance to make changes to improve society: tearing it down will only take us back in time: back to tyranny, clan warfare, bitterness, more division and stalled progress in every field of human endeavor.

What it’s all about is a rejection of our Judeo-Christian roots. Marxism, which is near the heart of the enemy of America, is naturally opposed to faith in God and to any moral code but its own. It’s opposed to the family and to the Church. It’s opposed to the value of individual life and instead promotes that of the state and the ruling elite. In a Marxist country there would still be super-rich, but they would be the ones in control. The rest of us would certainly be equal-equally poor and powerless. Our religious roots, badly maintained at the best of times, have up to now given us the dignity of the value of individual life, enterprise and reward. But it’s more than just money which is at stake here.

In recent decades the secular world has been trying to throw off the moral constraints of our founding and to re-make mankind, or perhaps I should say “personkind”. The monster being created is far from the dignity of the original model. Now we have abortion for any reason up to and even after birth. We have God and the consideration of creation banished from our schools. We have sexual attraction considered to be love. We have gay marriage; demolished marriages and families; universalism; the glorification of violence; the blurring of genders, and just down the road we have euthanasia as population control, and government sanctioned pedophilia.

Biblical precedents are common for anyone who cares for the Word of God. The story of Noah, and the book of Judges clearly demonstrates what happens to a society where every man does what’s right in his own eyes. And when Israel insisted on having a godless monarch instead of having freedom as the people of God under Samuel the prophet, God told Samuel:

Rejection of God and of his ways in the Bible is sometimes called “lawlessness”. How relevant to our times this is. Having said that, I believe a large percentage of the population just want to maintain their homes, their families, their way of life, and their beloved country. Let’s hope and pray that the moral and foundational disintegration is at least paused, if not stopped. And more than that, let’s do our own small part to stop it.