It’s human nature to point fingers at other people, without finding fault at our own end of the finger. Some people live their whole lives without dealing with the monster within their own souls. They don’t see their problem-they just experience the consequences of their failings, and blame others for them. The wreckage they leave is often not visible to them, but it’s very tangible to those they’ve damaged-sometimes for a lifetime. 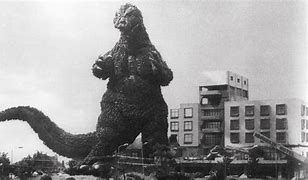 I was thinking about someone I was once very close to, and looking at the trail of wreckage she has left all the way along in her life: broken relationships, broken people, offended family members, lost homes, lost jobs, and worse. At this point in her life she seems unaware that any of the problems were caused by her. It’s always someone else’s fault. It was always her that was wronged. In no part of her life, it seems to her, was she responsible for what happened.

It’s always easy for us to see the faults in other people, but we don’t see them in ourselves very well, if at all. On top of that, our pride prevents us from even beginning to consider that what happened may have been at least partially our fault. And here I’ll freely admit that I am one of the guilty. When I allow myself, I catch a little glimpse in my mind of what I may have done, not just to one person, but to a whole string of people, in the course of my life. However, examining what happened closely is painful and embarrassing and demeaning: it doesn’t fit with the way of today’s life which says it’s all about me, and that others don’t meet my standards. We all make excuses for ourselves.

How will I ever truly confront my own dark side? As tough as it is, it has to be done, because if we don’t tackle that monster; that habit of destruction or of neglect or selfishness, we will continue to wreak havoc, and the consequences will affect us as well as others.

In prayer and meditation on our God and His words, we can face up to those monsters within us. We have to first acknowledge that we may be at least partially responsible. We have to ask ourselves if what happened with so-and-so could have been avoided if we were more caring and less selfish. And we have to make ourselves do what we can to at least try to mend bridges and to heal hurt souls. It takes humility, resolve, and determination, along with a daily walk with God. Don’t believe those preachers and believers who say “It’s all God”, meaning that only God can change us. If that were the case, Jesus would never have said that we need to repent, and Peter would never have written this:

For this very reason, make every effort to your faith goodness; and to goodness, knowledge; and to knowledge, self-control; and to self-control, perseverance; and to perseverance, godliness; and to godliness, mutual affection; and to mutual affection, love. For if you possess these qualities in increasing measure, they will keep you from being ineffective and unproductive in knowledge of our Lord Jesus Christ. But whoever does not have them is near-sighted and blind, forgetting that they have been cleansed from their past sins (2 Peter 1:5-9).

It’s amazing how many things evolutionists and creationists agree on, without realizing it. A well-known creationist* when debating evolutionists, loves to point out that they believe humans came from a rock. The Bible says something similar…

When the evolutionists protest that they believe no such thing, he explains. According to the evolutionary history of the universe, space, time and matter came from nothing, or virtually nothing, when it expanded into all the universe we see today. A part of that matter, a large lump of rock, became the earth. Rain appeared on it magically, and created a soup in which life with all its incredible intricacies popped into existence (none of this was ever observed). That life developed itself over enormous amounts of time, until, well, here we all are communicating, pro-creating, and writing blog-posts. Voila: life from a rock.

Not only does this very wry creationist have a point, but actually, so do the evolutionists, because Scripture says something similar. Early in the book of Genesis we read that God created man out of the dust of the ground:

“Then the LORD God formed a man from the dust of the ground and breathed into his nostrils the breath of life, and the man became a living being” (Genesis 2:7).

Here is one example of agreement between evolutionists and creationists: humans originate from the earth itself. The most obvious difference is that we believers acknowledge that intelligence is required to make information: DNA and life, even in the simplest of cells, is mind-bogglingly rich in information.

Another difference between the two accounts of man’s origins is that according to Scripture, we (mankind) have a spirit within us, also created by God. Believers (and everyone else) get an incalculably valuable bonus which most evolutionists don’t seem to want: an immaterial, immortal soul. We are more than rock plus information.

However, we believers, along with our unbelieving brothers and sisters-in-flesh-if-not-in-spirit, sometimes get inflated ideas of ourselves and of our value. We think that our Creator owes us all kinds of goodies and service. We think we can act our way and not His way without consequences. We’re like a painting which attempts to assert rights and privilege over the artist and the owner. We think that we are the important ones and the artist is irrelevant.  With this principle in mind, John the Baptist drew the attention of those he was preaching to where they had come from-that is, the ground:

“And do not think you can say to yourselves, ‘We have Abraham as our father.’ I tell you that out of these stones God can raise up children for Abraham” (Matthew 3:9).

God made us from the dirt of the ground, adding information and life. So then let’s not insult our Creator by compromising with the evolutionists about our origins: a painting does not paint itself, and information does not come from nothing or from chaos. Let’s instead give God the honor and reverence He deserves, for creating us with a certain amount of dignity, with a spirit, with a little free-will and intelligence, and the promise of much more even than that:

“Yet to all who did receive him, to those who believed in his name, he gave the right to become children of God” (John 1:12).

Some valuable words, common not so long ago, have almost passed out of use completely in the Western world. As a boy I was taught that “humility” and “modesty” were important words to know and indispensable principles to live by. Deference and mutual submission were common social values and attributes, whether in the sacred or secular worlds.

Now modesty and humility are not considered desirable or positive traits. In fact we’re encouraged to be quite the opposite by pop-culture, advertisers, movie directors, media celebrities and politicians. Our heroes are attractive, confident, aggressive and arrogant. They want to flaunt what they have. They’re successful, and they don’t stand for any nonsense. They’re beautiful and sexy, and we’ve been led to think that if we’re not at least trying to be the same way, we’re of little value. The mood of our time is self-exaltation in any way possible.

1 having a modest or low opinion of your own importance

3 not large or important

The word “modesty” is a synonym for “humility”.

I’ve been disappointed to find that if Christian ministers do ever mention humility-because it rarely happens-they’ll skirt around its real definition. Its original, traditional meaning is very unpopular, even in many churches. I’ve heard a few declare that humility isn’t about putting yourself down, and it’s not allowing people to walk over you, and it’s got nothing to do with weakness. Instead, they say, humility is a “quiet strength” and an inner confidence. They may admit that Jesus was meek and mild, but he was so in an assertive way, with a deep, powerful voice, a sexy hairstyle, and a big muscular chest. Nobody messed with tough, manly, strong Jesus!

Neither am I saying that Jesus was effeminate: he was not. Is there not a middle-ground between the two extremes?

I agree that all believers need to have an inner confidence which comes from faith in the will, power, faithfulness, Truth and goodness of God: if God is for us, who can be against us? This confidence, however, is not the same thing as humility, though the two can and should go hand in hand.

Paul encouraged the Philippians to imitate the humility of Christ (Philippians 2: 1-11). What did that look like to Paul?

Paul then went further, by giving Christ as the perfect example of humility:

“Who being in very nature God, did not consider equality with God something to be grasped, but made himself nothing, taking the very nature of a servant, and being found in appearance as a man, he humbled himself and became obedient to death – even death on a cross” (verses 6-8).

So we see that Jesus, though he was God in the flesh and had the right to parade around and vaunt himself,  instead “made himself nothing,” and lived his life as a servant to others. He didn’t go around boasting about who he was, and he didn’t look for public acclaim, and he wasn’t interested in being sexy or “cool”. In fact, Isaiah said that “He had no beauty or majesty to attract us to him, nothing in his appearance that we should desire him. He was despised and rejected by men…” (Isaiah 53: 2-3).

I’m not saying that it’s wrong to look your best, as long as you aren’t trying to elevate yourself above others. But the present day obsession with appearance and image, even in some Christian circles, is not godliness. It’s up to each one of us as believers to imitate Christ, not what we see on TV.

Of course humility doesn’t just relate to what we look like, but far more importantly it’s about obedience and submission to our Father, and recognition of our spiritual condition. You see, if we go around thinking “I’m better than that person over there”, we are calling the sacrifice of Christ unnecessary, because “all have sinned and fallen short of the glory of God” (Romans 3: 23) and “there is no-one righteous, no not even one” (Romans 3:10). Without Christ we are all lost and separated from God, no matter what our income, our occupation, or our appearance.

I find that when I realize I’m thinking too much of myself, or thinking too little of someone else, it helps to pray something like this:

“Lord, I am no better than anyone else, in fact I’m as guilty as anyone else, and I’ve failed you in so many ways.  I’m probably the most sinful man I know – please have mercy on me, and forgive me for what I was thinking, and please bless that other person”.

It’s not wrong to recognize sin in the world and gently and lovingly point it out. However, admitting my own spiritual condition to myself and to God brings me down to the level of others in my mind and in my actions, and brings others up. I realize that Christ loves them as much as he loves me.  Now it’s easier for me to love them.