If you’re interested in truth you belong to a rare breed in today’s world. In fact, truth is so out of style that a large number of individuals and organizations are intentionally working at avoiding it, and in preventing you from finding it…

Who checks the so-called “fact checkers”? Where did they get their diplomas in absolute truth and neutrality? The answer is that they didn’t: the claim of neutrality is itself a lie, a deception. Even judges are making rulings according to their political and social biases. The Supreme and only Judge will one day call them to account. So-called “news” media and social media corporations are intentionally working hard to influence and sway millions of people-entire nations, both here in the US, and in my country of origin, the United Kingdom, and doubtless around the world.

The expressed desire of some that we should “all just get along” is, unfortunately, redundant, because “getting along”, and “uniting”, and “coming together” has to be done under their political, religious and social viewpoints and moral standards. There’s no more genuine debate to find genuine middle ground or to find the best way. There’s no more desire to go half way, or to compromise, or to come to an understanding of truth: we are all, whether we ever wished to be or not, of necessity taking sides.

This taking of sides was an unavoidable outcome of events which have transpired particularly in recent years. When you are publicly shamed or fired from your job because of a view you have, the concept of freedom is severely under assault. The time has come to either fold and go along with the pagan crown and the tide of godless secularism, or to take a stand and say, “No more”. If your nation is just about to be sold out to globalism and Marxism, the time has come to either give it up to the revolution, or to take a stand and do something to stop it while there’s still anything to be done.

And in the Christian world this division is also taking place. Pardon my duality, but to shrink the entire issue to nutshell size, on the one hand we have those who believe the Bible is the inerrant Word of God, and on the other side, those who don’t. Behind all of what is taking place in politics and in society and in the church is the choosing of sides: do we want to live according to our Creators standards, or do we want to rebel and go our own way? People in the Christian world who have cut themselves adrift of the finality of scripture are really throwing in their lot with the political and social rebellion. To support my assertion, we can go to Scripture itself. If you profess to have faith but that idea offends you, be aware that you may really be travelling or at least loitering on that broad road which ultimately leads to destruction.

Of course, if the Bible is not your ultimate guide; if your favorite super-wealthy minister has got it more correct than God did; if your guide is your belly or your favorite activist or your sexual proclivities, what I have to say here will mean nothing to you. For the rest of us-those on the narrow road which alone leads to Life, be aware that Jesus Christ said this:

Read the rest of that chapter and there can be no mistake: the world of people is not going to all get along, and there will be no peace until He returns. More than that, it’s God’s intention that the world of men be divided. Some professing Christians deny this fact. They are among those who reject the truth of scripture, except to use parts of it to promote their own ideas. The entire concept of the final judgment is as stark a reminder as can be that there are saints, and there are aints, and there is nothing in between. There is a heaven and there is a hell, and there’s no neutral part of the universe-God’s universe- where the agnostics and the uncommitted and the rebellious can retire to. There is no middle ground. There is no “salvation for all” from the wrath of a holy, almighty God apart from Jesus. There will be no world-wide revival and turning to God as some Charismatics claim, according to the testimony of scripture concerning last day things. Instead there will be a “falling away”, or “rebellion” (2 Thessalonians 2:3). And God himself has called us out of the world marching to destruction:

History consists of a long series of attempts to achieve what seemed to someone’s imagination and plans to be a “better world”, but which often involved revolution, war and mayhem… 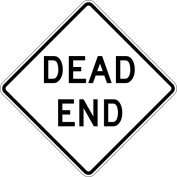 Mankind never actually succeeds in achieving perpetual happiness for anyone, let alone everyone. But with human nature being as it is, many people are certain that they can lead us to that magical and mythical utopia.

Twenty and twenty-first century radicalism as studied by the likes of President Obama and Hillary Clinton* aspires to something seductively labelled “fundamental change”, among other things. The radicalism of such groups as Antifa aims to achieve its ends in any way possible including violence if necessary, in order to eventually end up with the kind of world radicals desire. Millions of those flocking to Western shores with the aid of globalists and radicals seeking upheaval, and well-meaning but blinkered politicians, are bringing with them their own distinct and extreme idea of utopia which is in total opposition to the founding ideas of freedom they’re invading.

Those seeking fundamental change have no regard for traditional views of right or wrong, or any fixed notion of such things. In fact, they work to dismantle or destroy traditional views of right or wrong. Since we evolved out of the slime, most radical adherents believe, there is no God to answer to, or if there is, he/ she is such a cool dude that he wants us to do what we want to do anyway. We determine what’s right or wrong, in their minds. When I say “we” I mean those who agree with radical ideology get to choose. The rest of us-those who disagree-don’t deserve to choose, because we’re “bigoted”, “racist”, “ignorant”, “homophobic” and so on, ad-nauseam. Please don’t think I mean to say that only leftist radicals are guilty and the rest of us innocent: we all hold to some degree of faulty thinking.

In that above series of accusations which we’ve all heard many times in recent months, and in other similar derogatory labels, are attempts to blame someone-anyone- for the fact that we as a nation, as a race and as individuals haven’t arrived at the desired place of bliss and wholeness. And even if we aren’t among those who stoop to such attacks in blind hypocrisy, we all indulge in the same blame game. Husbands blame wives, wives blame husbands, kids blame parents, parents blame kids, voters blame politicians, politicians blame each other…and so it goes on. Someone else is always to blame, and in the dark world of politics there’s always someone at or near the top to blame for our problems.

Every politician attempts to ride to glory on the promise of “change”. Why is the idea of change so appealing to so many people when it comes to election time? The nicest, most constructive answer, and the ultimate answer to that question is that we as humans, having strayed far from our Creator and his ways, are attempting to bring happiness and fulfillment to our lives without Him.

Have you ever taken a wrong turn in your car somewhere, and continuing on, you find that the road you’re on gets smaller, bumpier, more remote, and more distant from your destination? That’s where the human race is now. We’re all on roads which lead the wrong way: away from our God. I’m not talking about failing to be “religious”, I’m talking about failing to seek our Almighty, Holy God.

For many people the contrary route is the chosen and preferred route. People are intentionally heading away from God, because they’re certain they’ll be better off. But  the road gets rougher, and narrower, and dirtier. It begins to wind around some tricky ledges and over some rocky passes, further into the uncertain and uncharted wilds, while the sky gets darker and darker. At the end of the road is…the end of the road.

But the wicked are like the tossing sea, which cannot rest, whose waves cast up mire and mud (Isaiah 57:20 NIV).

Hello! This is Nathan Fisher. I’ve seen my Dad publish a lot of fantastic articles here over the years glorifying God, and this seems like quite a bit of fun.

So anyway, on a more serious note, I was reading an article on the New York Times about “religion.” It correctly attributed the quote,

“I did not come to bring peace, but a sword,”

…to Jesus in Matthew 10:34. However, the author of the article, “How Well Do You Know Religion?,” implied that this shows the violent side of the Judeo-Christian tradition and that Christianity is as violent as or more violent than certain others towards outsiders. Was Jesus saying that He wanted Christians to convert by force, to oppress, or to conquer?

Unfortunately, this shows once again that the Bible has been misinterpreted. When Jesus first began to teach the gospel, He was hated, persecuted, and ultimately executed. This was the same for all of the apostles (except John) and the hundreds of Christians that came after. Those that wanted to preach Jesus’ real words to ordinary folk in their own language, such as William Tyndale, Martin Luther, and others were attacked and pursued.

When Jesus said the above quote, His intention was to show that the message He brought and His death and return to life would bring conflict and strife. His sword was metaphorical: a sword of division. It was not that it was His will to oppress non-Christians, but  who He was that would bring trouble. In the evil world we are in, good is not always accepted as what it is.

In fact, Jesus says, and I quote:

…and this has happened in families throughout history, increasingly so as the events of Revelation draw near.

When He was arrested, the Messiah told Pilate,

“My kingdom is not of this world. If it were, my servants would fight to prevent my arrest by the Jews.” (John 18:36)

And another thing about violence, especially concerning the Old Testament:

“For I take no pleasure in the death of anyone, declares the Sovereign LORD. Repent and live!” (Ezekiel 18:32)

The sword Jesus is describing was, and is, the violence stemming from the oppression of truth. However, the LORD has a plan to end this. We have the last chapter of history: Revelation. 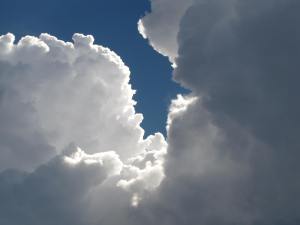 Oh yes, and lastly, as a comfort to all of us, Jesus told us,

“In this world you will have trouble. But take heart! I have overcome the world.” (Jesus, John 16:33 NIV)